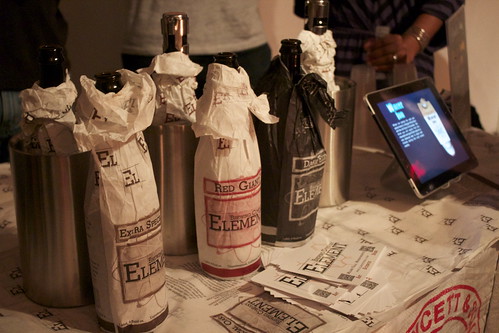 I’ve attended many beer festivals in the last few years, but I must say Brooklyn Pour held last Saturday, October 6th, was probably the best fest I’ve attended out of them all.

Curated by The Village Voice and held at One Hanson Place, a former savings bank – the space was open, never felt too crowded and there was always a place to set your beer down for a moment with old glass tables still remaining in the landmarked location. 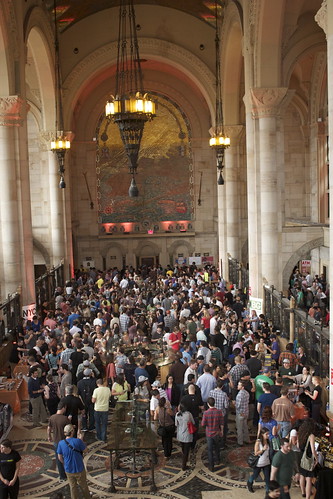 Over 100 beers were served from 68 different breweries, spread between the main floor and the vault room.  If you were lucky enough to snatch up a VIP ticket, you had access to the balcony level with food tastings from Sheep Station, Littleneck, Whole Foods, and Ditch Plains; plus reserve beer from Samuel Adams. 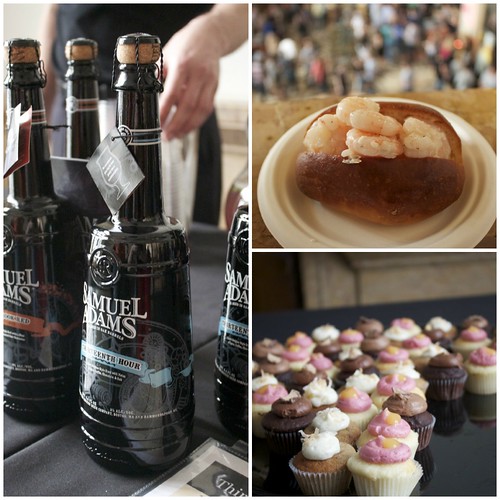 A number of the breweries brought out pumpkin ales, appropriate for the season, to taste throughout the event.  Two which really stood out for me was Otter Creek’s Pumpkin Ale and Chelsea Brewing Company, Chelsea Pumpkin Pie.  Both were outstanding representations of a Pumpkin Ale, just enough pumpkin taste and spice to round out there beer but not enough to make it feel artificial. 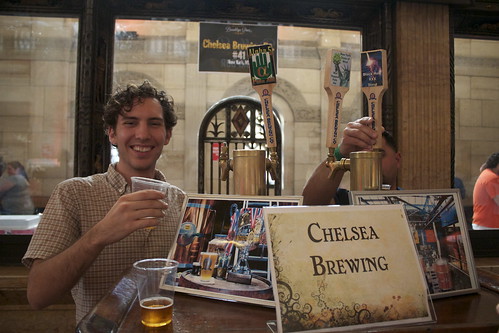 Brooklyn Brewery brought out two new samples, The Defender, brewed for Comic Con and Fiat Lux – a Belgian Witbier inspiration, only available on draft until the end of this month.  As a long time Brooklyn Brewery lover, these were on my must list. 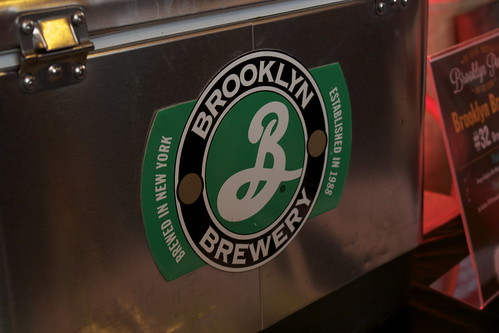 For anyone who didn’t make it out to the Rockaway’s this summer, this was your first chance to try Rockaway Breweries ESB – an easy drinking unfiltered beer.  When questioned where to find them outside of Far Rockaway, the best places are LIC, Astoria, and certain spots in Williamsburg.  Keep a lookout for this upcoming brewery. 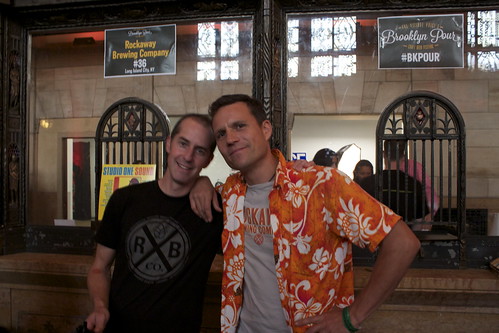 Speaking of upcoming breweries, the folks at Harlem Brewing Company, had themselves a grand ‘ol time making party hats out of their Sugar Hill 6-pack boxes. Way to go with the marketing! If you attended, you might have seen some people walking around with them on their head! 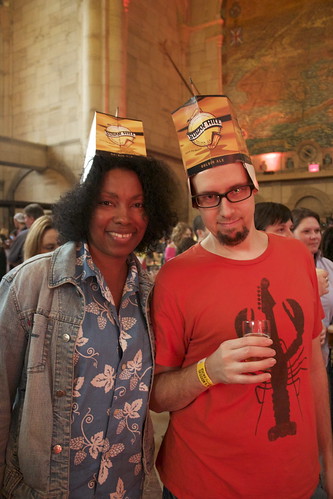 Of course no celebration of beer in October is complete without a little stein lifting competition! One group for the men, and one for the ladies. Whoever held 1 liter of beer the longest, won a this awesome stein from Sam Adams! 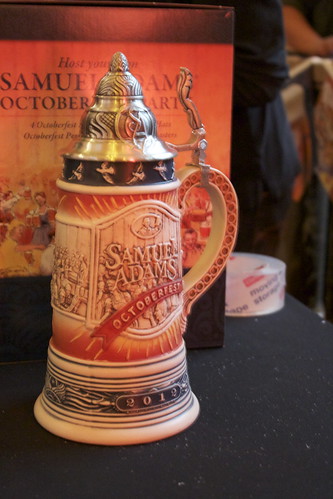