All you need is a damn fine cup of coffee and a big slice of this Cherry Almond Pie to get your day off to a perfect start or finish! 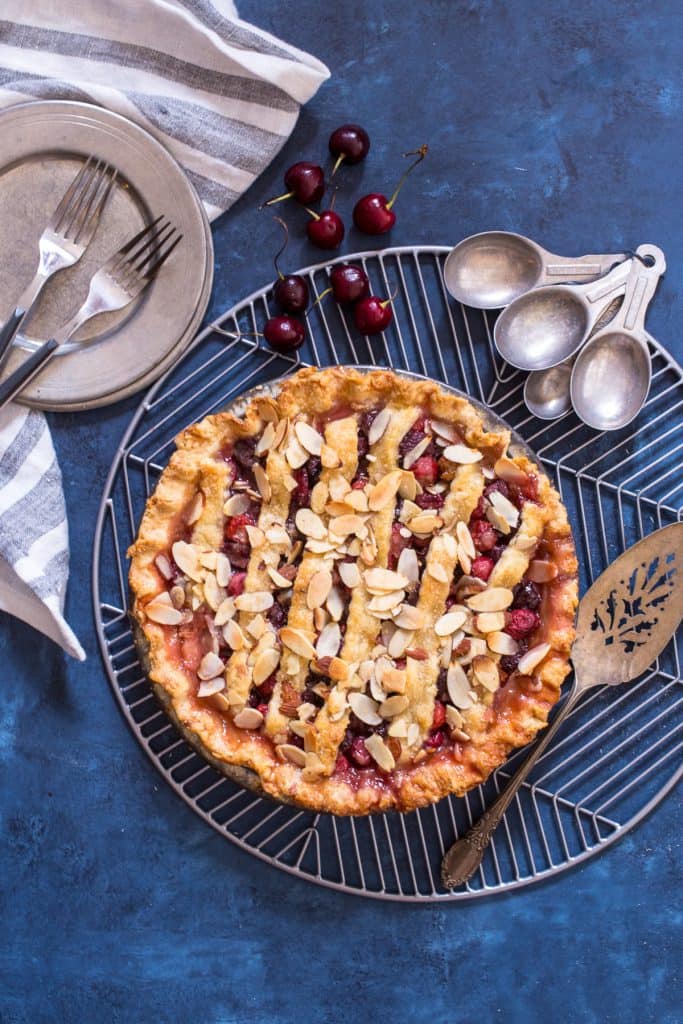 Confused? Intrigued? Obsessed? Craving coffee and cherry pie? All of the above?

I was never a big Twin Peaks fan, enjoyed the first season and barely got through the second.  Things got a little too wild and weird from me – and this is coming from a gal that loves things all sci-fi-y and fantasy (within reason on that one!).  However, there’s the part in me that couldn’t resist watching it, plus my husband was invested because they film where my in-laws live!

So we are watching the new season and there are always a range of emotions at throughout each episode and usually confusion at the end.  I can’t wait to see how the season will end. 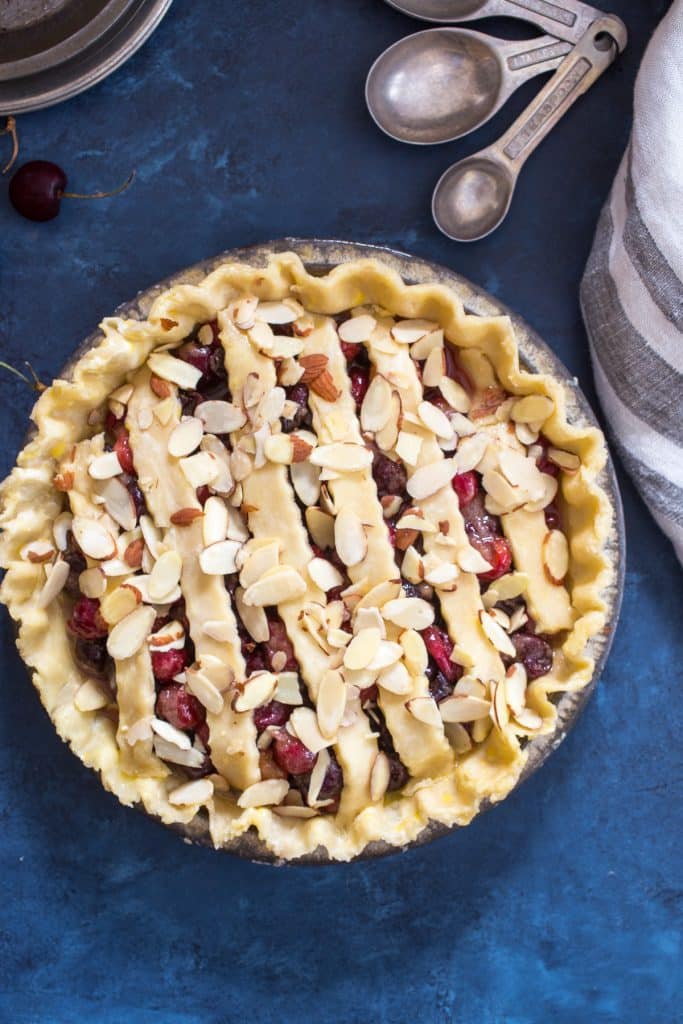 All this Twin Peaks viewing had me craving some cherry pie, which is not a food I usually crave.

I like pie but I make one about once or twice a year.  It’s not one of my standard go-to foods when I crave something sweet.

I just happened to have pounds and pounds of fresh cherries sitting in my refrigerator after a massive cherry picking expedition in early July and while I love snacking on cherries, there was just still no way the two of us would get through them all before they would go bad.  Cherry Pie was clearly the answer! 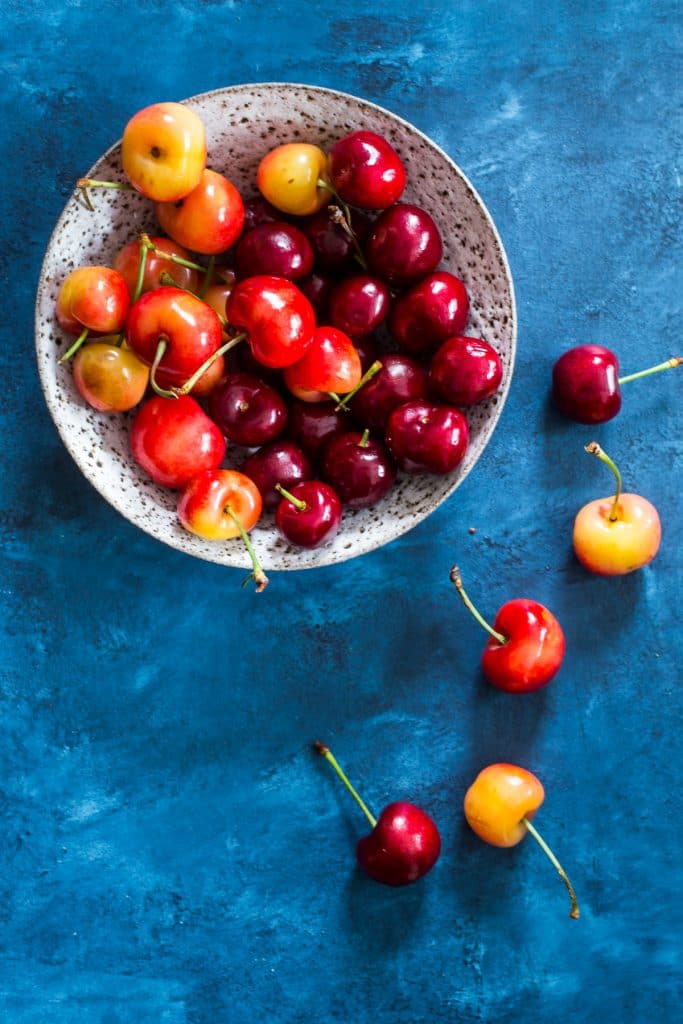 I wanted to do something slightly different than your standard sour cherry pie and what goes better with cherries than almond?

I had a tube of almond paste sitting in my pantry and rolled it out into a disc to fit perfectly in the bottom of the pie.  The great thing about adding a round of almond paste to a pie that has a tendency to be juicy and sometimes soup, it prevents soggy bottom syndrome.  It’s the perfect barrier between that crisp bottom crust and the rest of the pie.

Now I’ll be honest, I loved the flavor but it is very sweet. My husband thought it was great as it was.  I ended up using half sour and have sweet cherries because that’s what I had.  I’ll be providing a few variations on the recipe and I’ll let you decide how you want to precede forward.  If I was going to make this pie again though, it’d definitely be all sour, a thinner round of almond paste and half the sugar.

Still even with the original and a revamped version, I do think this is a pie that Dale Cooper would approve of! 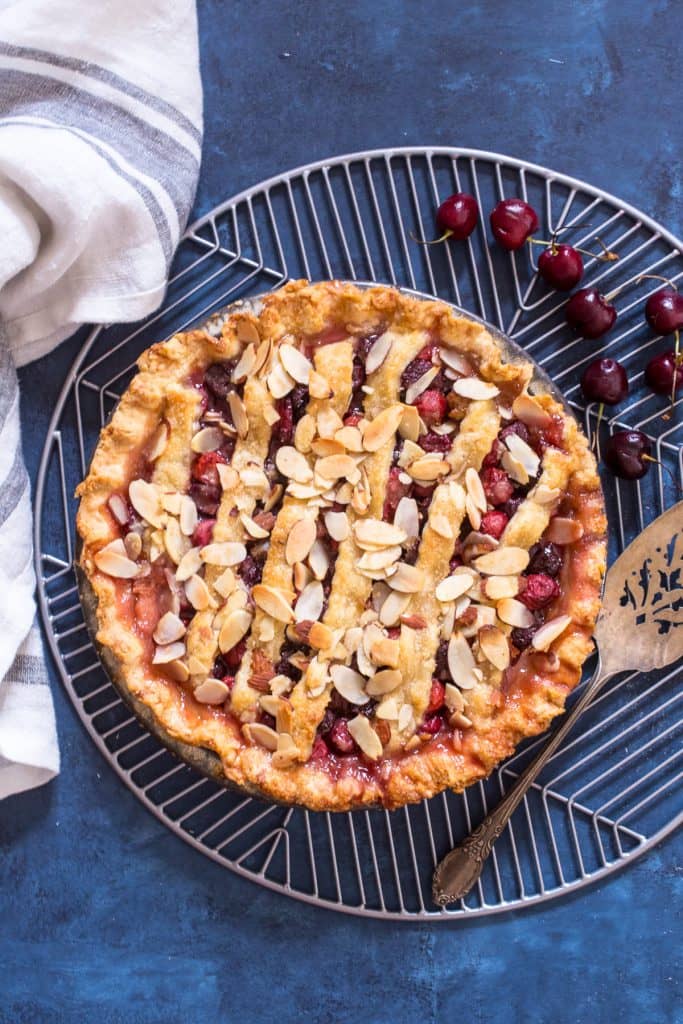