Onion soup gets an Irish makeover with a healthy dose of stout beer and Irish cheese, everyone will love this version of Guinness Irish Onion Soup! 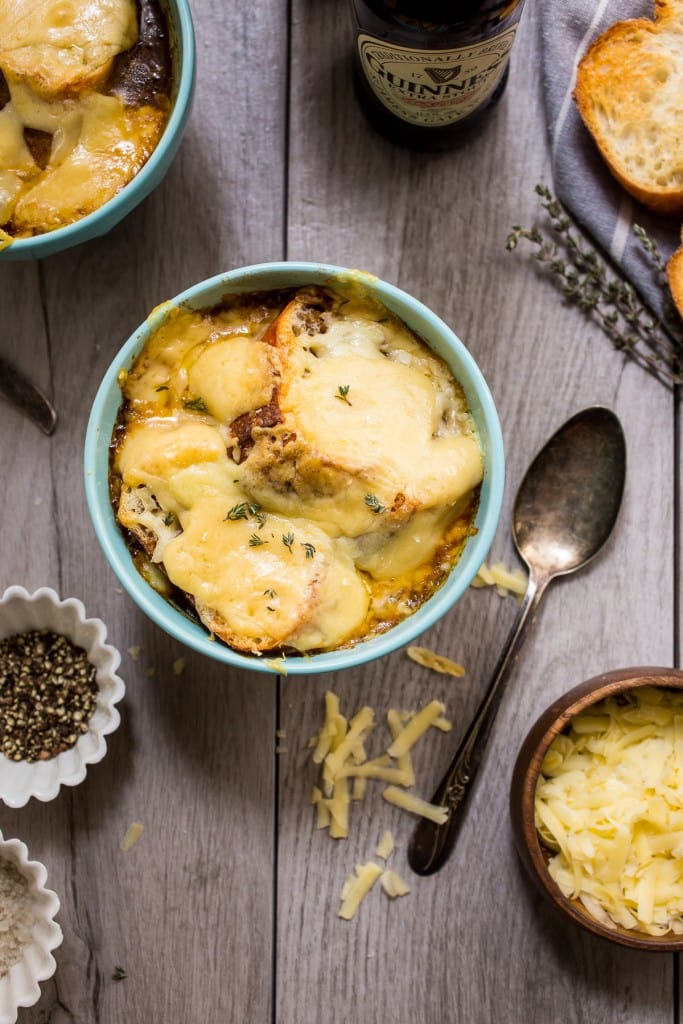 At this point my “little secret” of being a picky eater as a kid isn’t so much of a little secret any more.  Not that really should have been a secret, what kid wasn’t picky about some foods at some point in their life, right?  The thing is, I was just picky about foods that maybe most kids wouldn’t be so picky about.  I couldn’t stand anything creamy (except ice cream but that doesn’t count), would never drink a glass of milk and don’t even think about putting beans, bananas or coconut in front of me {<— granted those 3 hold true to this day}.

Other foods I loved and if I saw it on a menu, you could guarantee I would order it.  My case in point, French onion soup.   My young palette didn’t really understand the nuances that went into the soup, I liked it because it was a) salty and b) had lots of cheese.  The more cheese the better for me.

My love for this soup has not outgrown either, to this day I can hardly resist a crock when I see it on a menu.  Most versions are the same and half the time they disappoint, I guess that’s what happens when you grow up and understand that a truly good version takes hours of cooking down those onions and developing a rich broth.

Still though, back in December when we were visiting friends in the Jersey suburbs, I had to order the Irish onion soup at the Irish Pub we were dining at.  That one was new for me!  Beer instead of wine and possibly Irish cheese on top?  I was all for it!  The thing was, there was nothing Irish about this soup!  If there was beer in there, I didn’t taste it and that cheese most definitely was mozzarella and not Irish.   What a disappointment, I could do better. 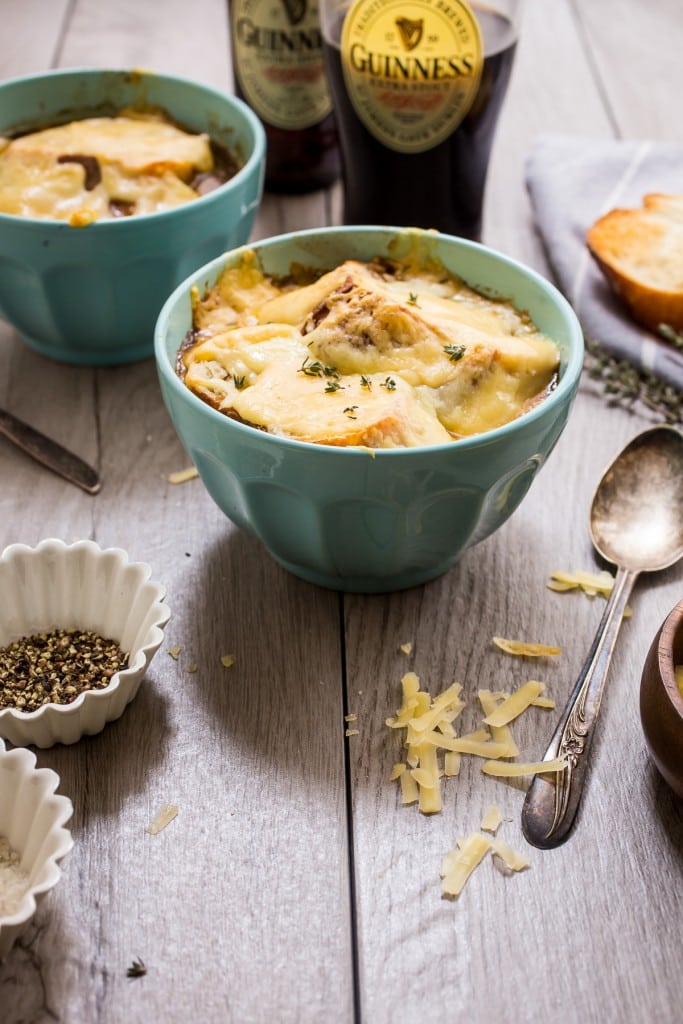 Really for a soup I love so much, I hardly ever do make it home because it is a good two to three hours out of my day.   Between the onion tears and stirring those onions so they don’t burn in the beginning, the time is completely worth it!  I know there are plenty of slow cooker versions to caramelize these beauties but I prefer the depth of flavor the old fashioned way – with lots of butter and some stirring from a wooden spoon!

It takes a good hour and a half  to get the onions to a gorgeous deep golden brown and after that I like to let the stock simmer to really soak up that flavor but the end result is a soup you can savor and enjoy.  Oh and let’s not forget the cheese! Go heavy handed and just slice chunks off the block to melt, you get the best coverage over the toasted bread before plunging into the Guinness scented, onion filled broth.