I love lobster.  I mean who doesn’t?

This guy sure does. 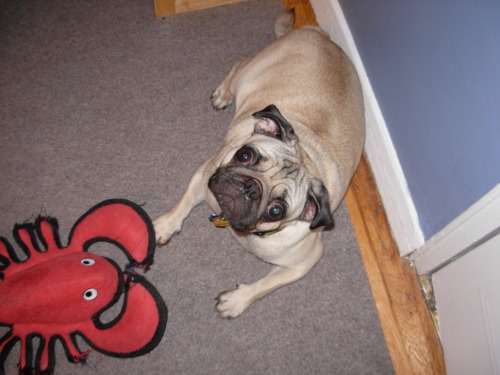 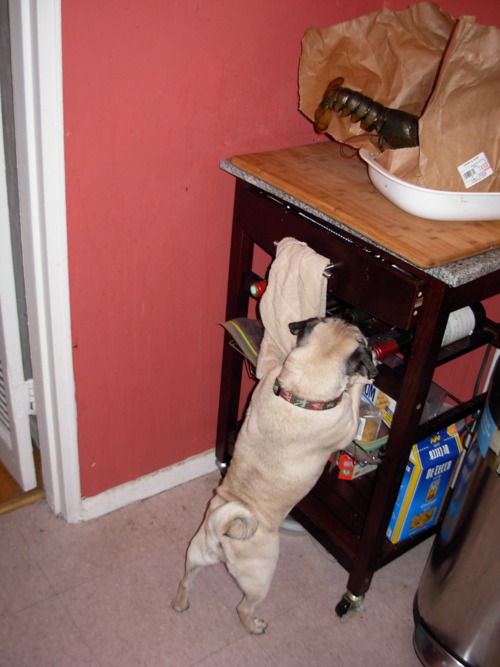 If I could afford it, I’d eat lobster all the time.  I’m serious I would.

Lucky for me – Lobsta is on the menu tonight.

It was all because of our little day trip to Flushing, Queens to pick out supplies for our upcoming kitchen renovation (more on that later).  We popped into the mall for lunch and came across the inexpensive seafood at the grocery –  $6.99 per pound for the small lobster (meaning your standard pound and a half).  Yes, please. 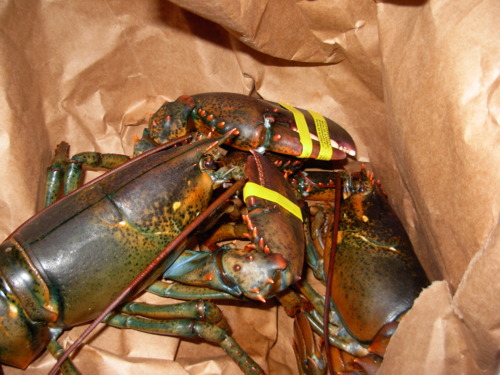 First things first.  Boil a large pot of salted water.  Then add your lobster.  Some people have issues with throwing a very alive lobster into boiling water.  You have two options 1)place your lobster in the refrigerator for a few hours to put it gently to sleep or 2)take your chefs knife and cut right behind the lobsters eyes, killing it immediately.

I just dump them in the water.  They usually put up a fight.  That’s what my tongs and pot holders are for. 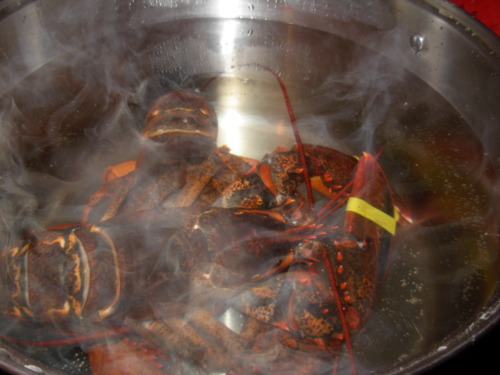 Cook until the lobster turns bright red – the time varies depending on your lobster.  Some people say 10 minutes for the first pound, then 3 minutes for each additional.  I’m not expert on lobster cooking times, so it’s best to use your judgement, but these two took 25 minutes total. 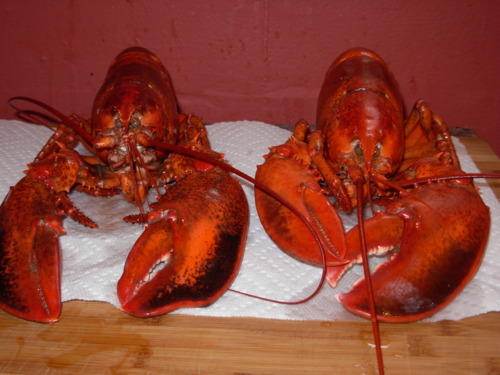 Yum! If it were up to me, I’d get some clarified butter and dig in – but tonight, by request – these boys were turning into lobster rolls.  15 minutes later (I’m a lobster cracking pro), lobster meat!

To this I added 3 stalks of finely chopped celery, one heaping tablespoon of mayonnaise – you really only need enough to just coat the lobster – and salt and pepper to taste. 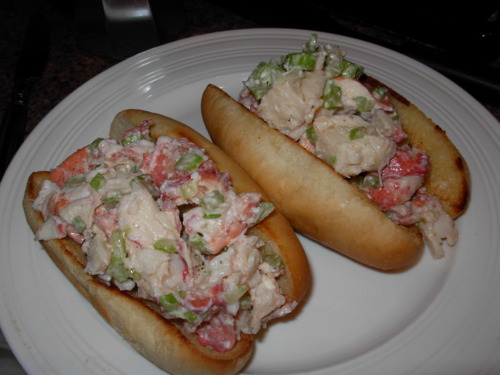 Oh and just for fun.  Here’s a little video – Sir Pugsley vs. The Lobster.

One thought on “Lobster Rolls!”