Can’t decide between pumpkin and pecan pie at the holiday table? Bourbon Brownie Pumpkin Pie with Pecan Topping is just the dessert you are looking for! Take a big slice  of this boozy, chocolaty and pumpkin-y pie! 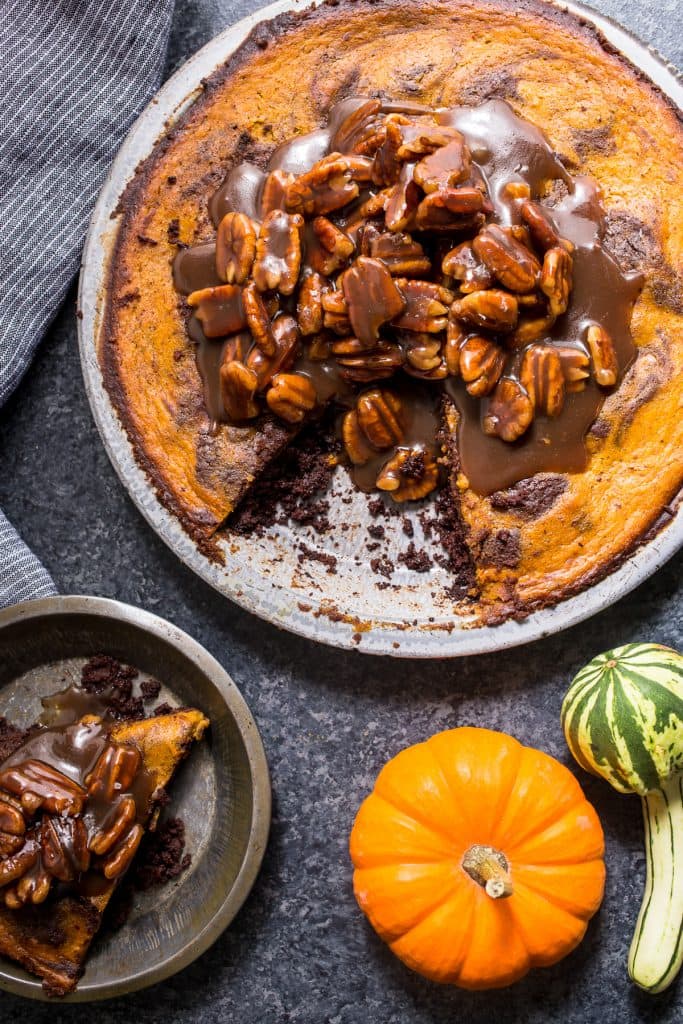 Only one week until Thanksgiving! Have you started to cook yet? Are you even hosting?

While I don’t host, my apartment could never fit the size of my family and well neither could my kitchen, I do always help prep and cook the meal with my brother any year he happens to be hosting.  As a former executive chef (him) and me a current foodservice operation owner, we run a pretty tight and organized ship.  Last year our prep was completed in just a few hours the day before that when Thanksgiving rolled around we were in such a relaxed state it felt weird, as if something was missing.  It wasn’t and dinner was delicious.  Not surprisingly of course dessert is always left in my hands.  One or two items may be purchased or a family member might take on a pie of their own but the bulk of it goes to me, the resident baker in the house.

I think unlike the main meal, dessert is one area you can go and have some fun with, stray far away from tradition and not have the family revolt on you. 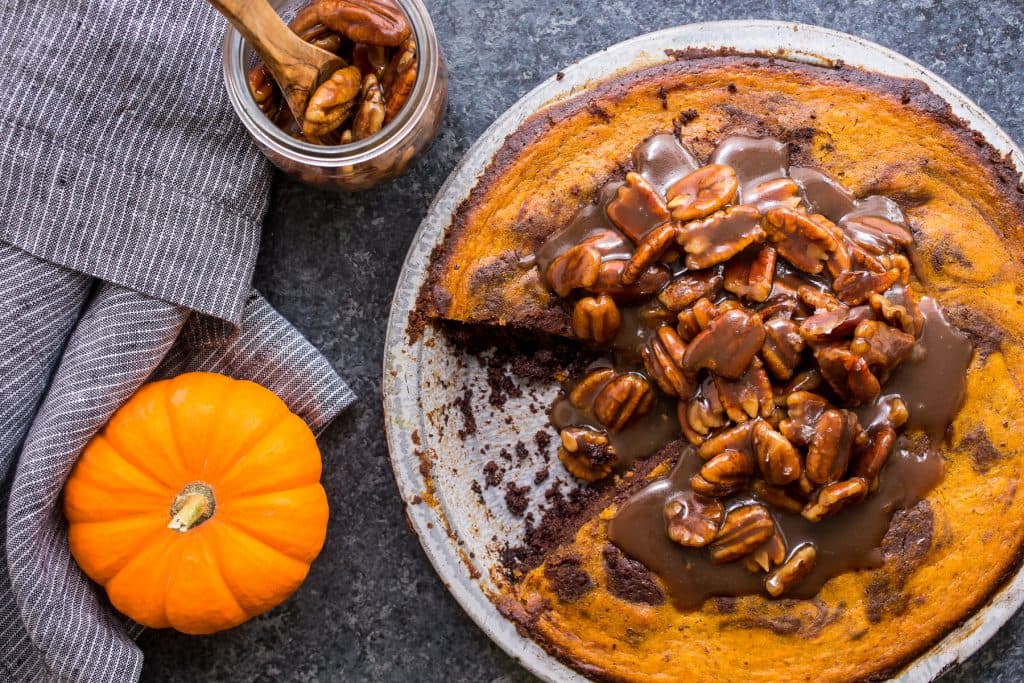 So while this Bourbon Brown Pumpkin Pie isn’t totally wild and crazy, it’s certainly a little left of field than you would normally find on your holiday table.  It’s pumpkin pie, kicked up about 3 notches and worth every single extra holiday calorie.  After all who wants to make a choice between pumpkin pie and pecan pie? Instead I made that decision for you by combining the two together.

You see I like pie, I like eating pie but I hate making pie.  It’s the crust that gets me every time, it’s so fussy and I rarely manage to make a pretty one.  A brownie crust on the other hand?  Doesn’t need to be pretty and doesn’t need to be fussy.

Plus, it’s chocolate and pumpkin and pecans and bourbon, it’s exactly the high note you want to end your holiday meal on. 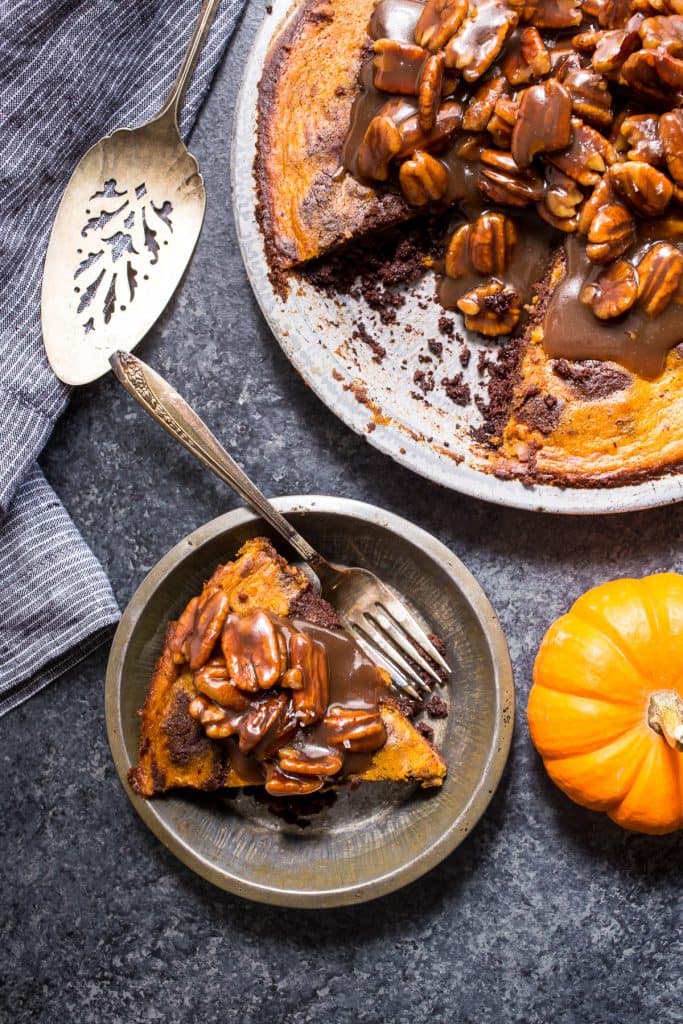