Pretend that winter isn’t coming and step back into the tropics with Dark and Stormy French Toast a fun play on this classic cocktail. 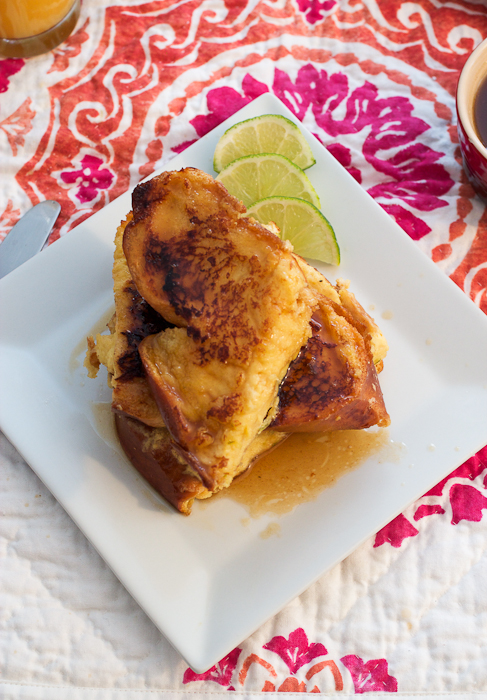 *Gasp* What the what is going on? Something that isn’t fall-ish or pumpkin in the month of October? I know, please forgive me but this is one of those recipes that had been on my  mind to do since we returned from our cruise to Bermuda back in August and I essentially consumed my weight in Dark and Stormys.   Sure I could have come up with a fall take on the Dark and Stormy like I did with my Fig Rum Swizzle but the truth is, I like to cook with booze and it’s been awhile. 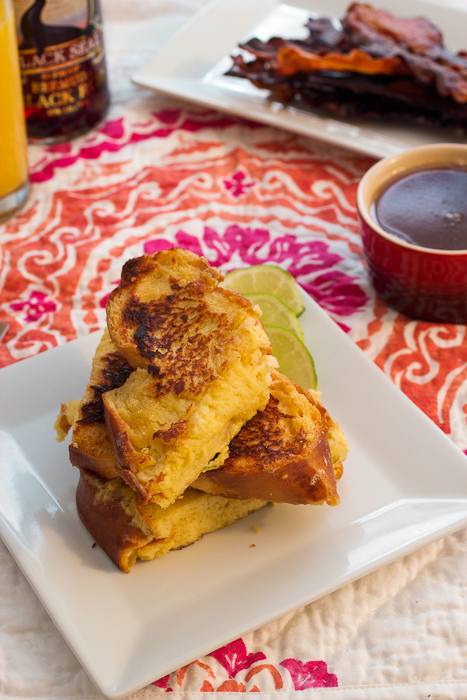 I was originally going to go for pancakes but the idea of warm, custardy french toast sounded so comforting on a cool fall morning, I had to switch things up.  Plus let’s think about what the ingredients of a Dark and Stormy are – ginger beer, Gosling’s Black Seal Rum and limes.  These flavors are actually more fall and winter oriented despite the fact this drink originated on an island with tropical temperatures.  Ginger, spiced rum and citrus – definitely things that would warm you up.  Oh and topped with a little hot buttered rum maple syrup?  Honestly, it’s not a bad way to kick off your weekend morning. 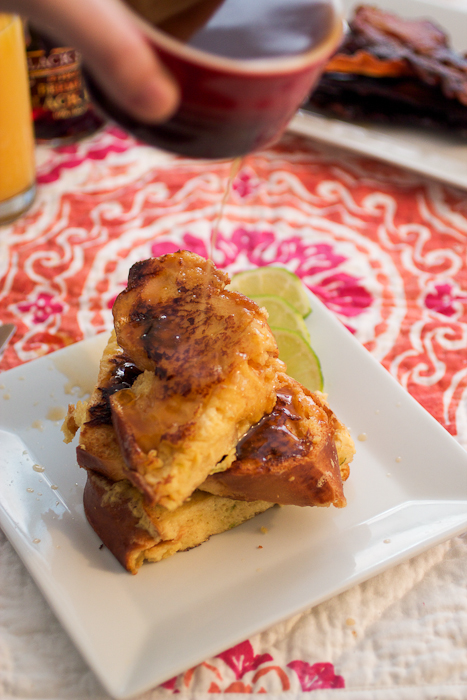 For the french toast:
For the Hot Buttered Rum Maple Syrup 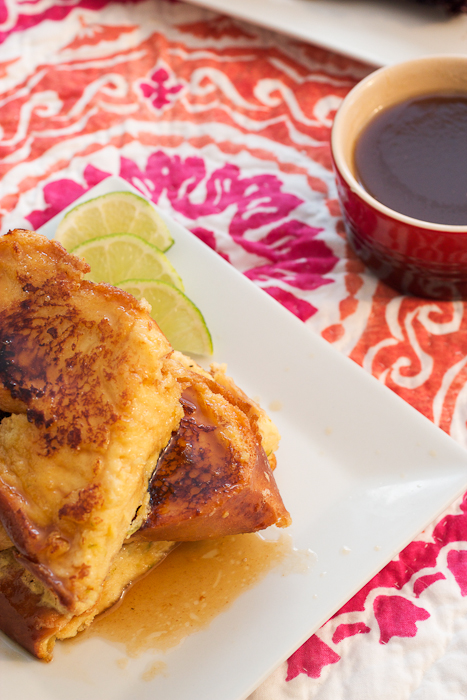