Get in the St. Patrick’s Day spirit with Beer Braised Cabbage with Bacon – the perfect side dish for your corned beef dinner! 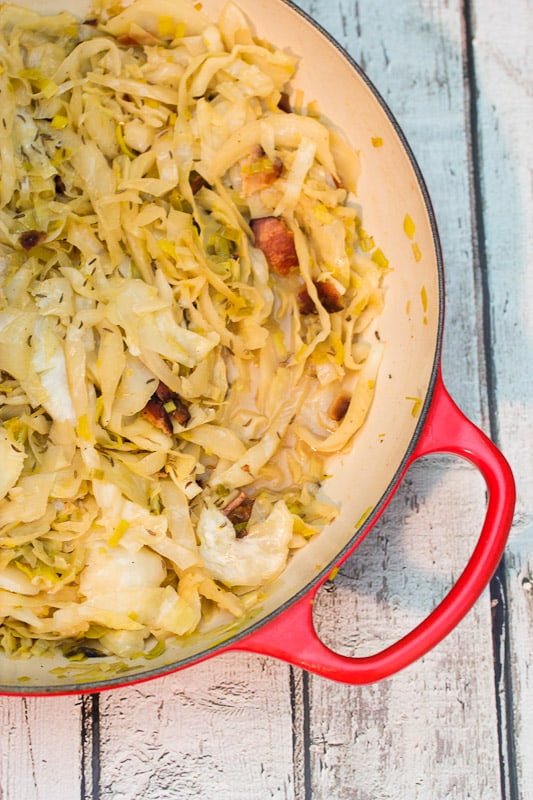 Do you have that one food that you’ll prepared one way but wouldn’t touch with a ten foot pole the other way?  I have a few foods on my list that presented to me in their original state (chickpeas) I really don’t care for but turned into creamy hummus and you have to pry the bowl away from me.

Carrots used to be consumed raw only but in the last year or so I realized when cooked properly, that would be roasted – not boiled; they are sweet, tender and go great with a little brown sugar and bourbon!

Of course this talk leads to my dish today.  Cooked cabbage, now this was one food I absolutely could not stand.  Every year around St. Patrick’s Day my mom would make corned beef and boiled cabbage.  We are not Irish, far from it but mom made it for fun.  A few hours of simmering cabbage later and the house did not smell that great.  The corned beef I’d devour along with the potatoes and whatever else she’d have with it.  The cabbage wouldn’t touch my plate.  How could someone eat something that smelled so much like a boys gym locker? 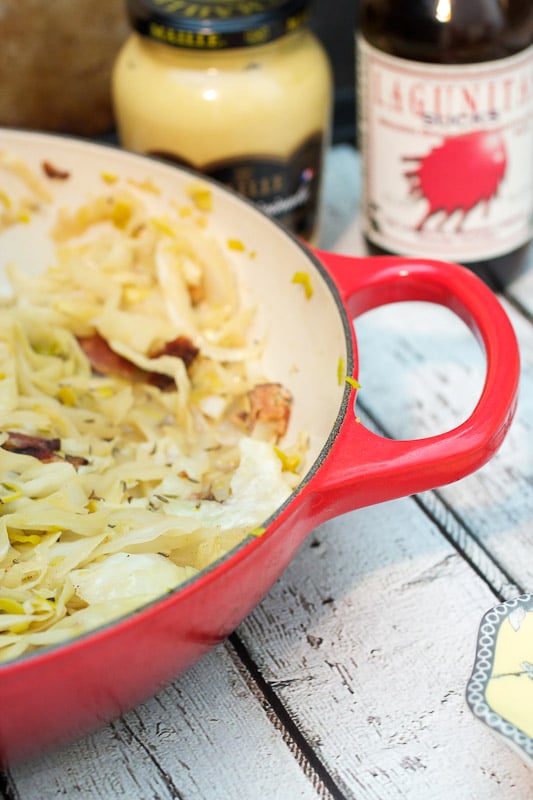 So here I am with two heads of green cabbage sitting in my refrigerator and potentially a third one coming my way in a week. I told you there are ups and downs to belonging to a CSA.  It’s not that I don’t like cabbage but there is really only so much coleslaw two people can consume and a medium-sized head of cabbage produces a lot of slaw. A LOT.

Where did my change of heart come in on cooked cabbage? The obvious answer, at a restaurant that knew the right way to cook it!  The cabbage was braised and cooked down so it was tender and slightly acidic from the vinegar they included in the braising liquid.  Plus the addition of bacon did not hurt at all.

I finally knew what I wanted to do with my cabbage at home but instead of braising it in broth I used a bottle of beer.  What you use is up to you but I recommend a brown or amber ale.  I went a little crazy and picked up a double IPA.  Scared at first, the hops mellowed out and gave a really unique flavor to the cabbage. 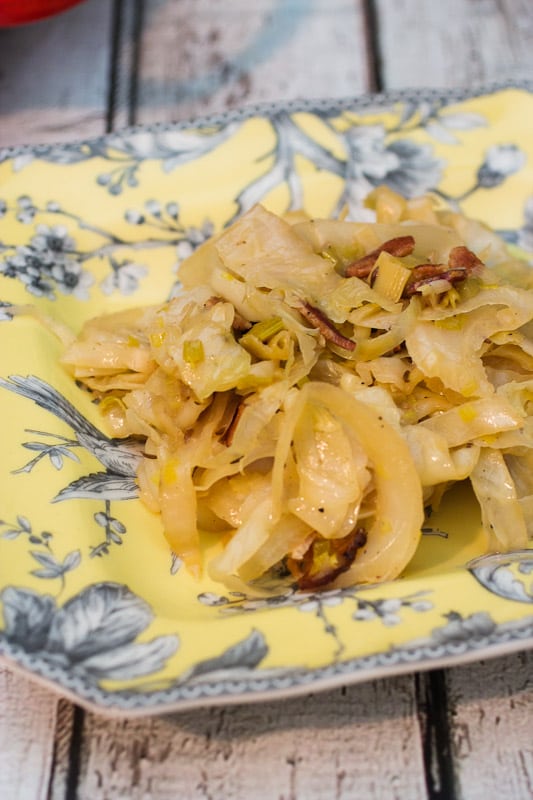