Warm up from the inside out with Orange Cinnamon Spiked Hot Chocolate. 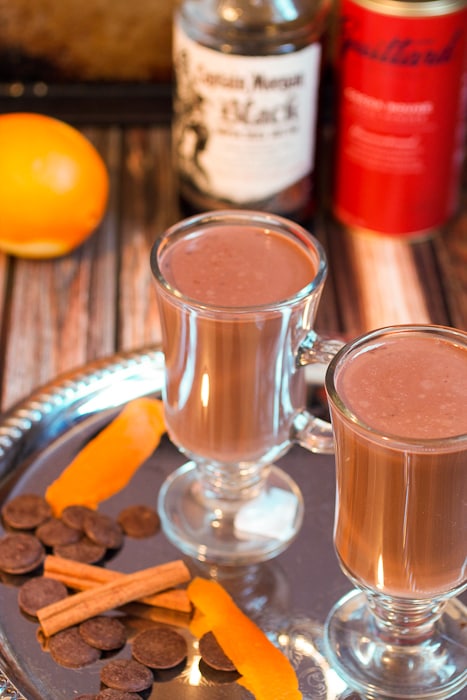 It’s already beginning. . .Times Square has been taken over with paraphernalia for The Big Game on Sunday.  For the first time ever in the history of professional football the organizers thought it would be a good idea to play their final game in a state that is a) cold in January and b) does not have a domed stadium.

I don’t know what they were thinking but New York and New Jersey seriously must have put on a good show when the bid went out for 2014.  Of course when the decision was made no one knew we were going to be suffering through one of the worst winters ever.  The polar vortex and outdoor sports don’t exactly mix. 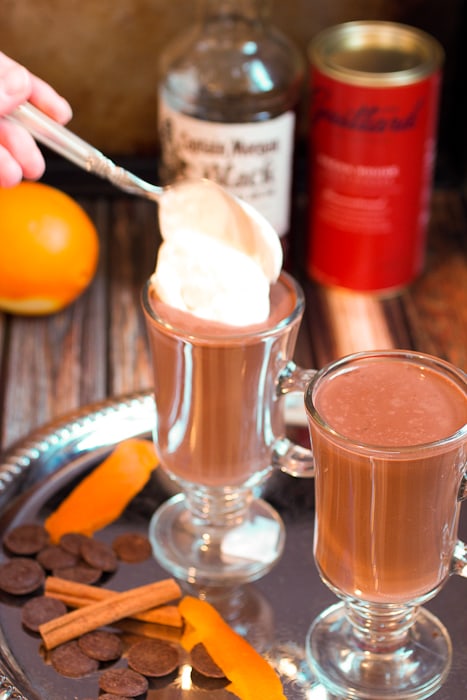 Lucky for you and by “you” I mean those crazy enough to voluntarily stand outside in this weather for longer than it takes to get to point A and B; my friends at Captain Morgan asked us to create some Game Day eats and drinks for the final round of the #CaptainsTable challenge.

I knew right away that I was going to make some sort of spiked hot chocolate for the occasion but I needed something extra to make it special.  Playing off the clove notes in Captain Morgan Black Rum I added cinnamon and orange peel for a seasonal touch.  Topped with some boozy whipped cream this is the perfect drink to serve at your Game Day party or any day to warm up this winter.

To get the most of this drink, it's important to use high quality chocolate. You don't need a lot so splurge on the expensive bar at the store.

For the hot chocolate:
For the whipped cream

Oh and just a reminder that  every time the #CaptainsTable hashtag is used over social media $1 will be donated to WhyHunger.  So please share the love and submit some of your favorite Captain Morgan recipes too using the hashtag.  Feel free to check out ideas on their Facebook and Pinterest pages. 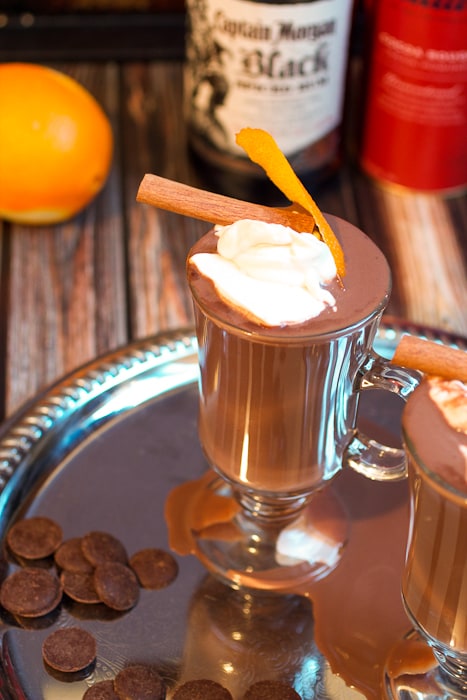 Disclaimer: I was provide with 3 bottles of Captain Morgan Rum, plus a small stipend to cover the cost of ingredients.

Leave a Reply to annie @ chase that i love Cancel reply