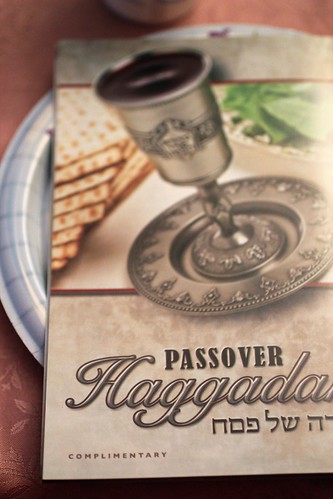 Every year, when we finishing reading the story of Passover our family always jokes “next year in Florida!” instead of the traditional “next year in Israel” – which you will generally find in whatever version of the Passover Haggadah you are using.

This year, that saying came true –  13 of us descended upon my parents home in southern Florida to make a Passover we won’t forget for years to come!

The seder was short (Florida version!), the food traditional and plentiful, and the matzah was flowing throughout the weekend! 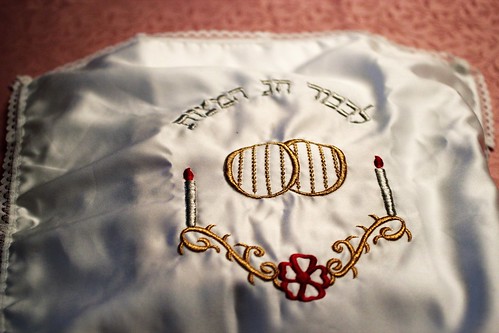 I, of course, can’t be near food without taking photos anymore. So I am here to share my Passover table with you. The first night, we gobbled up everything so quickly that I couldn’t photograph anything, but the second night was a little more original – think less turkey and brisket – and I refused to let anything leave the kitchen without me taking a picture. 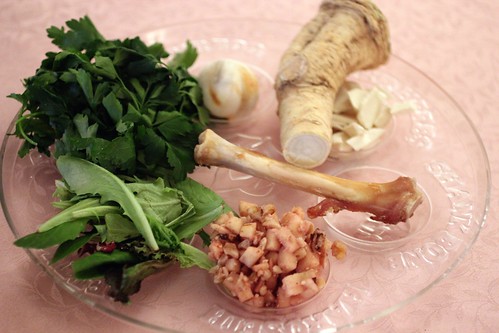 Whether your seder is long or short, we all look forward to that first bite of the meal when the horseradish and charoset come out. 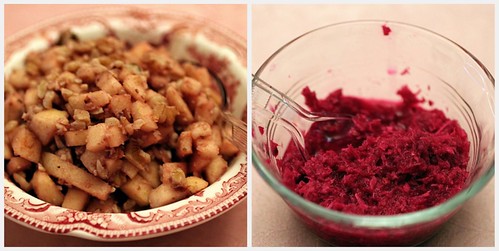 I don’t know how it is in other families, but we always seem to stuff ourselves before the main course arrives. Between the salads, chopped liver, pickles, matzah, hard boiled eggs, soup and stuffed cabbage – is there really any reason to eat any more? 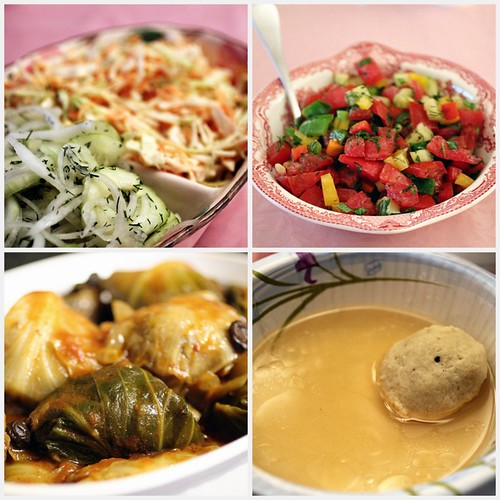 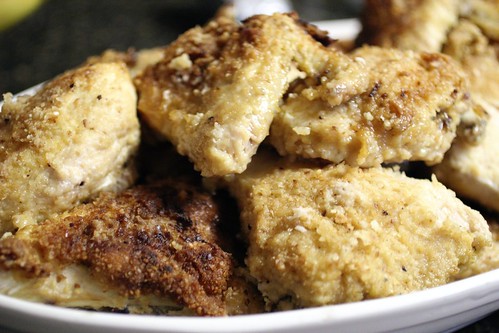 Now I know you are looking at that chicken and thinking, ummm. . .I thought they couldn’t have bread on Passover. Matzah meal my friends! Makes an excellent substitution for breadcrumbs, forms a perfect crust and browns beautifully! Mom and I had 4 chickens to coat and fry and get in the oven, in just two hours (we might have spent a little too much time at the pool in the afternoon! oops!) However, we had a great assembly line going.

Next up was to cook the 9 pound – yes 9 pound roast beef.  We don’t know how to do small in our family.  The debate went on for awhile on how long to cook it for.  Half the family likes to see pink, the other half likes shoe leather.  I took control over the roast after my brother seared it, and continued to check the temperature.  For the record, a 9 pound roast takes about an hour and 40 minutes to hit 120 degrees. 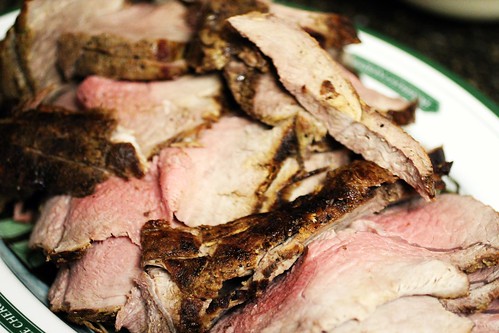 With potatoes and vegetables being our only “allowable” side we doubled up on the potatoes. Enjoying some mashed and my Dad’s potato latkes. Which happens to be the base recipe that helped me win second place in Edible’s Latke Recipe contest last year! 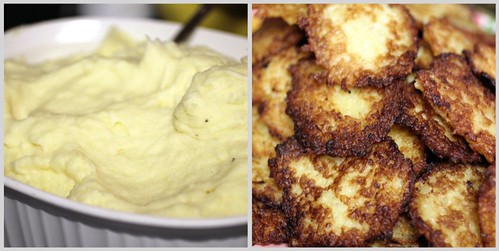 Just when you thought you couldn’t eat anymore, there is dessert. Mom makes perhaps the lightest Passover cake I have ever had. All it takes is just about 1 dozen eggs to make it light and airy. A lemon and chocolate version, a giant fruit platter – it is Florida, let’s take advantage of their amazing produce – plus a whole lot of chocolate rounded out the final course.

I suppose since this year was in Florida, next year really will have to be in Israel or at least back in NY!

12 thoughts on “The Passover Table”