The table is set, the turkey is roasting and now it’s time for stuffing or technically dressing!  Whatever you call it, just make sure your version this year is Maple Sausage Cornbread Stuffing – where it’s a little sweet, a little spicy and perfect with a drizzle of pan gravy on top. 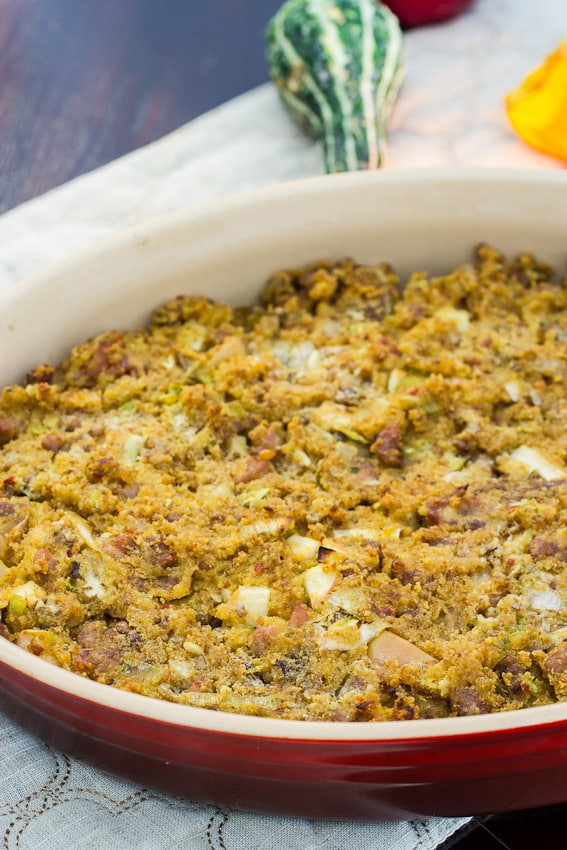 Thanksgiving is only a week away!

Are you ready? Is your menu set? The turkey ordered? Pie crusts made?

For some people the biggest eating holiday of the year is all about the main event, the big bird.  I get it, a nice fresh roasted turkey might not happen often in some families, so it’s a special treat to dive right into that perfectly cooked bird (we hope but more on how to make a great turkey later this week).

In my family though, we eat turkey a lot.  I can name at least 2 maybe 3 other times during the year that turkey makes an appearance at the table.  It’s not so special come Thanksgiving and being a food blogger that means turkey is happening way before the fourth Thursday of the month.

No, for me, it’s about the sides. Specifically stuffing and I want that stuffing out of the bird – so technically it’d be dressing but I’m from the north, so it will always be called stuffing. 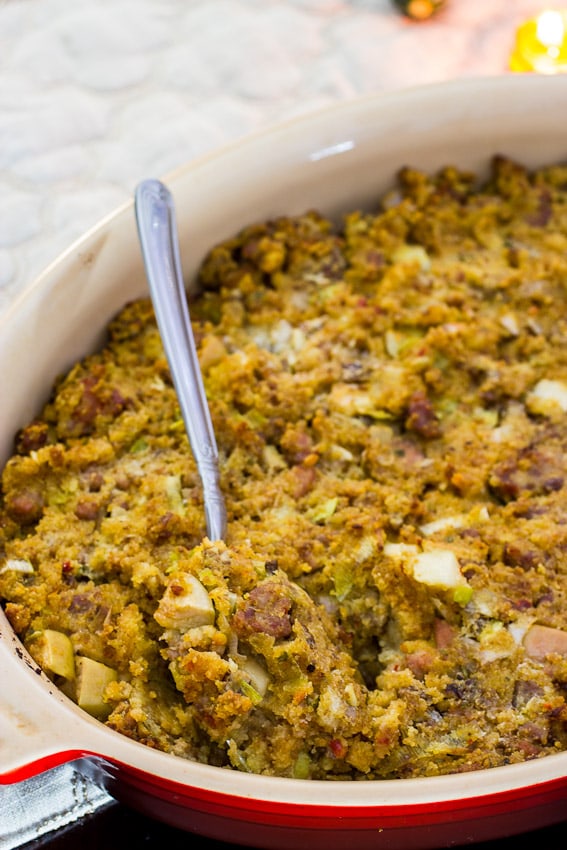 To give you an idea of how much I love stuffing, in college I would have it for dinner. Yes, just the boxed stuff without anything else. It sure did beat anything that came from the cafeteria!

My palette is a tad more refined these days and there are no more red boxed stuffings sitting at home.  Last year I was playing around with a cornbread version which I’ve finally perfected enough to share with you.  We have the perfect mix of spicy Italian sausage, pure maple syrup, apples and pecans plus day-old toasted corn bread to give you a sweet and spicy mix to kick up things at the table.

This stuff is so good, I suggest even making a second vegetarian version sans the sausage (and a swap of chicken broth for vegetable) – no one should not be deprived of the awesomeness.

What’s the thing that you most look forward to for Thanksgiving?