Looking for a great way to use up some leftover pulled pork? How about cooking pizza for meat lovers and vegetarians? Then The BBQ Porkabella is just the pizza you need! 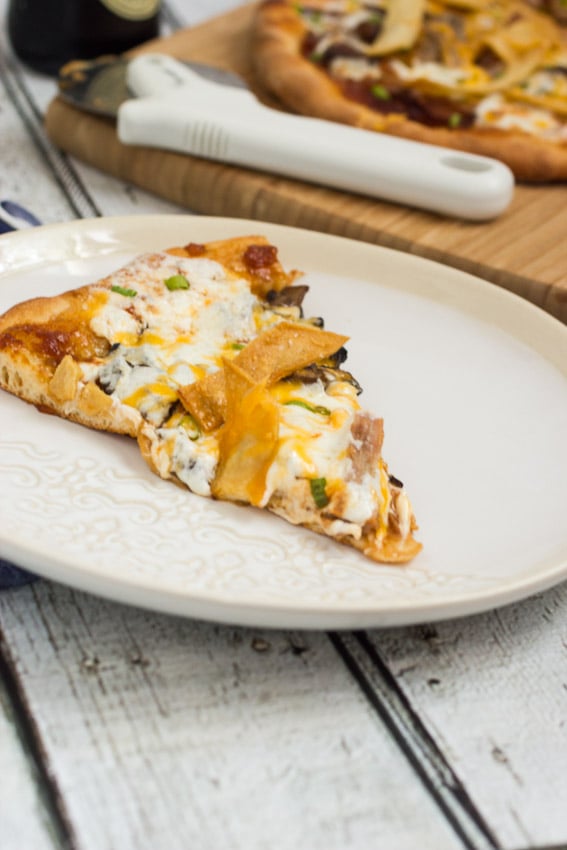 Here’s the deal – as someone who grew up in good pizza land on Long Island and now lives in good pizza land in Brooklyn I’m a bit snotty about my pizza choices.   For a long time, as long as it was a New York slice joint (not the gross 99 cent ones) I was good to go, but then I went to Italy.  Things went down or up hill, depending on your point of view, from there.  I became even pickier of where I was to get my pizza since then.  Say goodbye to the place on the corner, only the new brick oven restaurant will do or the individual pie place.   If your ingredients aren’t imported from Rome or if your slices cost less than $5 go away!

Yes. I’m serious, I have no problem paying $5 for a slice of pizza.

As you see though, with the pickiness of places to eat my choices are a bit limited.   Good thing, my own homemade pizza is accepted on that list. 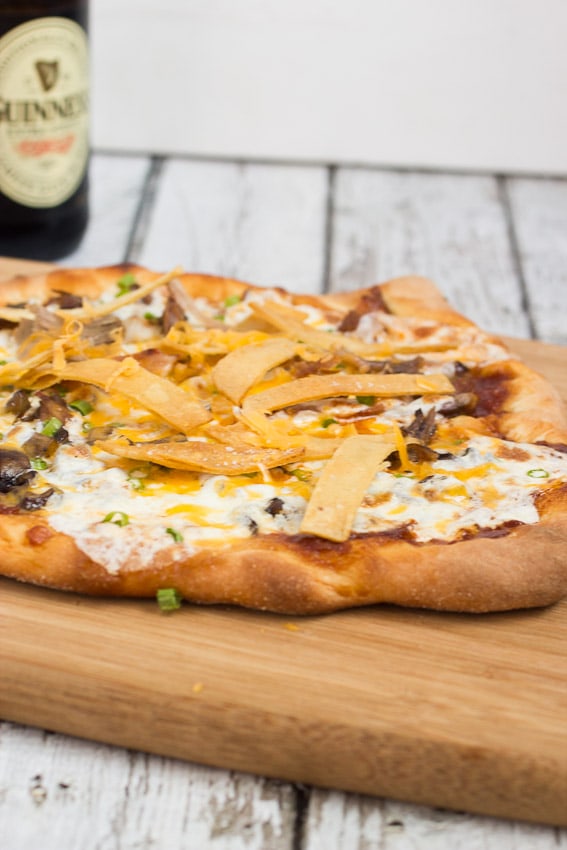 The pizzas I make at home are fairly standard grandma or margarita style, sometimes with a topping or two – always with fresh basil or pesto.  So when I had the opportunity to join in the Revolutionary Pizza (affiliate link) book tour this was the chance to step out of my usual pizza making zone.

Revolutionary Pizza is written by Dimitri Syrkin-Nikolau the founder of Dimo’s Pizza in Chicago.  The first thing I have to say is, don’t buy this book expecting your usual pizza fare – this is book for people who like to make pizza at home and have fun with it.   That isn’t to say inexperienced pizza makers can’t enjoy the book, Dimitri’s first chapter is all about pizza making basics or rather ‘ZA has he refers to in the book.   He provides the basic dough recipe used thorough the book, instructions and photos of who to stretch and toss your dough.  Next is every type of pizza sauce you can think of and then how to balance the toppings.

The rest of the book is where you get into the nitty gritty of creative pizza making.   Some such as the Spanakopita, The Cure and the Governator Burger Pizza sound like they will translate well to pizza toppings.  Others such as Fish ‘N’ Chips and Thanksgiving Leftovers Pie leave this New Yorkers a little weary but then again I won’t touch a ham and pineapple pie with a 10 foot pole, so to each their own.  However, Dimitri does make a Poutine pie that I’m dying to try out.  Mostly because I have a need to poutine all the things.

Overall I’d recommend this book for the fun pizza cook in your life.  It’d be great to have around for a pizza making party and to think outside the box on toppings. 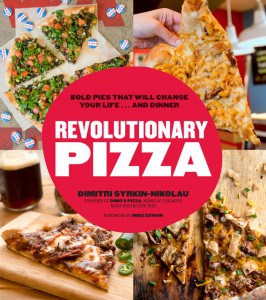 Pizza Dough:
For the pizza:

To make the pizza: 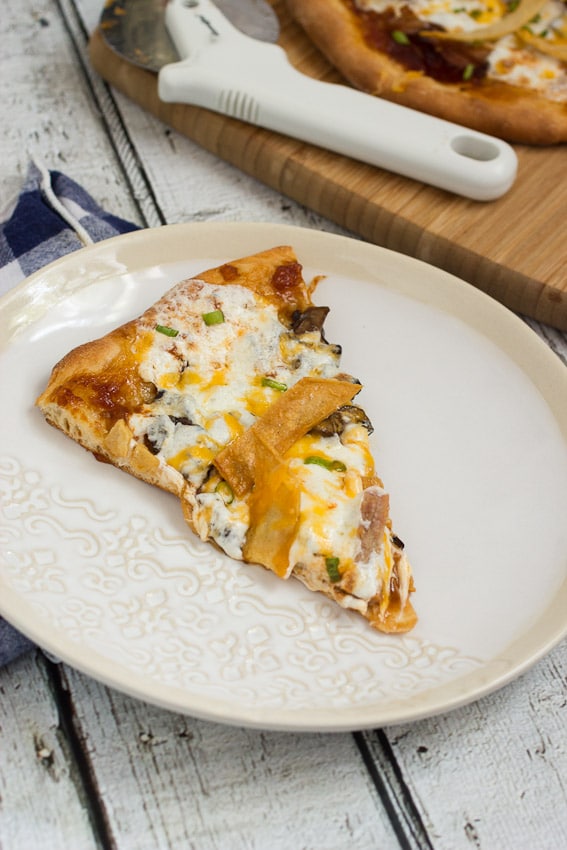 Disclaimer:  I was provided with a copy of Revolutionary Pizza by the publisher.  All opinions stated are my own.  Please note this post contains affiliate links, which means if you purchase this cookbook through there a small portion of the money goes to support this blog.