Baked Potato Chips are an easy and healthy alternative to traditional packaged chips. 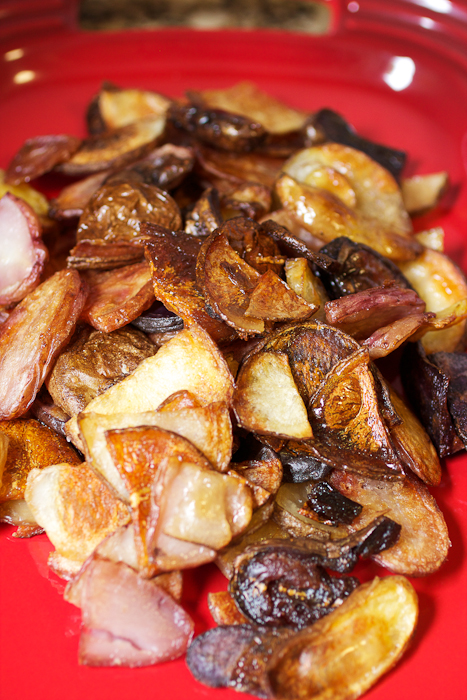 Welcome to #potatoweek! Raise your hand if you consume potatoes at least once a week? Twice? Three times? Potatoes make a regular appearance in the Little Red Kitchen, whether it’s a side with dinner, a snack or roasting up to make a hash for breakfast.  When I need a starch to go with something, I generally prefer potatoes since they are loaded with tons of vitamins and nutrients.  Despite what you may think, potatoes are very good for you.

So when 30 pounds of farm fresh Idaho Potatoes arrived at my doorstep thanks to the Idaho Potato Commission (potatoes that I was lucky enough to win at the Food and Wine Conference), it was a bit of a no brainer to dedicate a week to this delicious tuber.  Plus September in National Potato Month, it was kismet for this to happen! 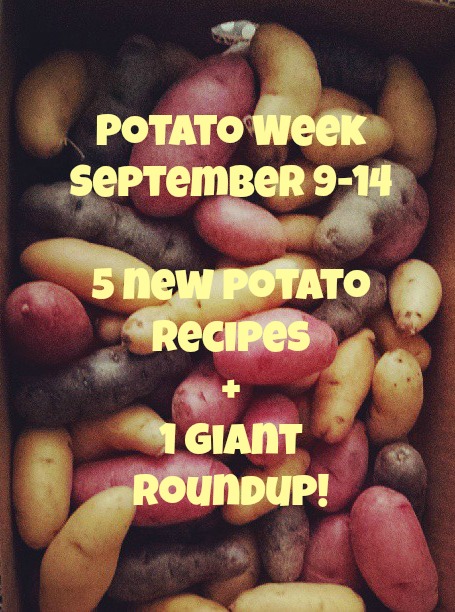 Since it’s pretty well known around these parts that I really prefer not to fry at home, if I want to make some chips to lets say go with some dip, then baking is the way to go! With baked potato chips you won’t want to slice them as thin as regular chips because they will burn quickly in the oven. Instead a 1/4 inch slice either with a sharp knife or a mandolin will give you a crisp chip and just a slightly tender interior.  Now it might not be exactly what you expect from a baked potato chip, but I love this combination, it reminds me I’m eating something fresh and from scratch. 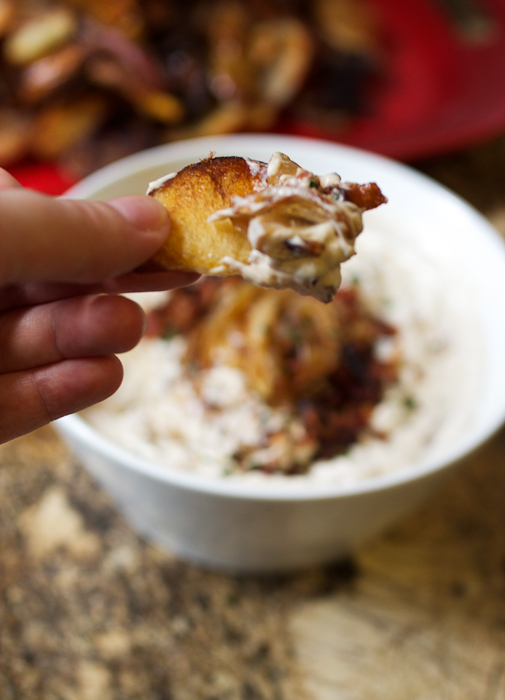 See that chip is still sturdy enough to hold plenty of dip!

I used an assortment of fingerling and Idaho potatoes for my chips. Feel free to use your favorite potato when you make these. 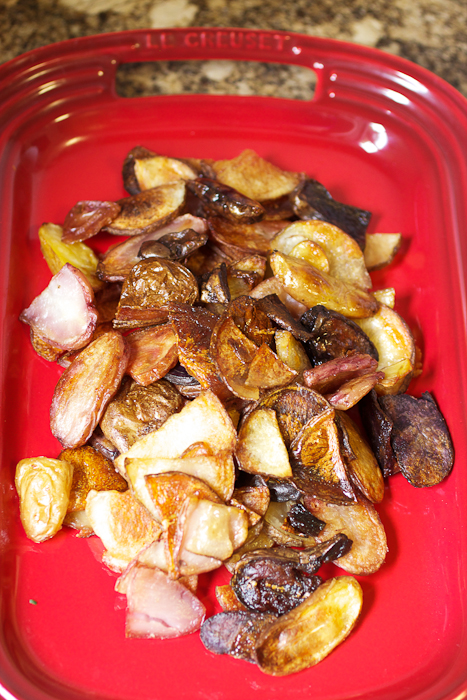 Come back tomorrow and the rest of this week for more potato goodness. Plus you can bet I’ll have some new poutine recipes for your enjoyment!