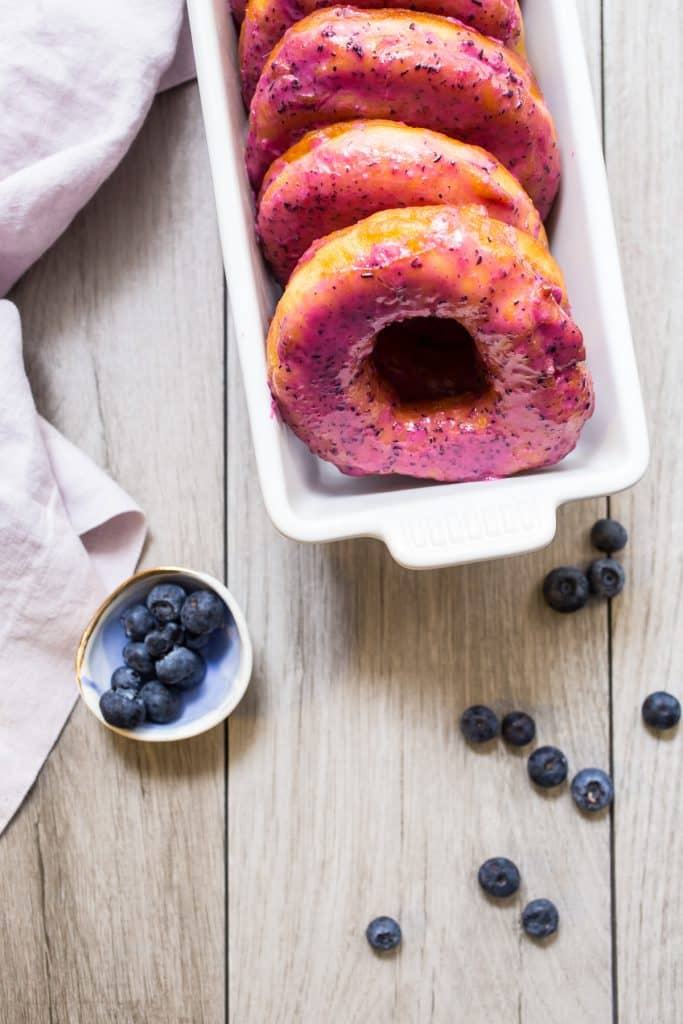 Let’s get straight to the facts.

Last year I created these Blueberry Bourbon Brioche Doughnuts for Food Fanatic and had all good intentions to repost them over here, like I do with most of my boozy desserts and cocktails.  Then time got away from me and then blueberry season left us.   I could have added a note to just use frozen blueberries or imported but it never tastes just quite as soon as fresh, local summer berries.

Time. . . time is a pesky friend because the best time to post this recipe would have been last week for National Doughnut Day or maybe for my 6 year blog anniversary.  You know what though? After 6 years of blogging, I’ve stopped worrying about some of these things because in the end there is no wrong TIME for doughnuts. 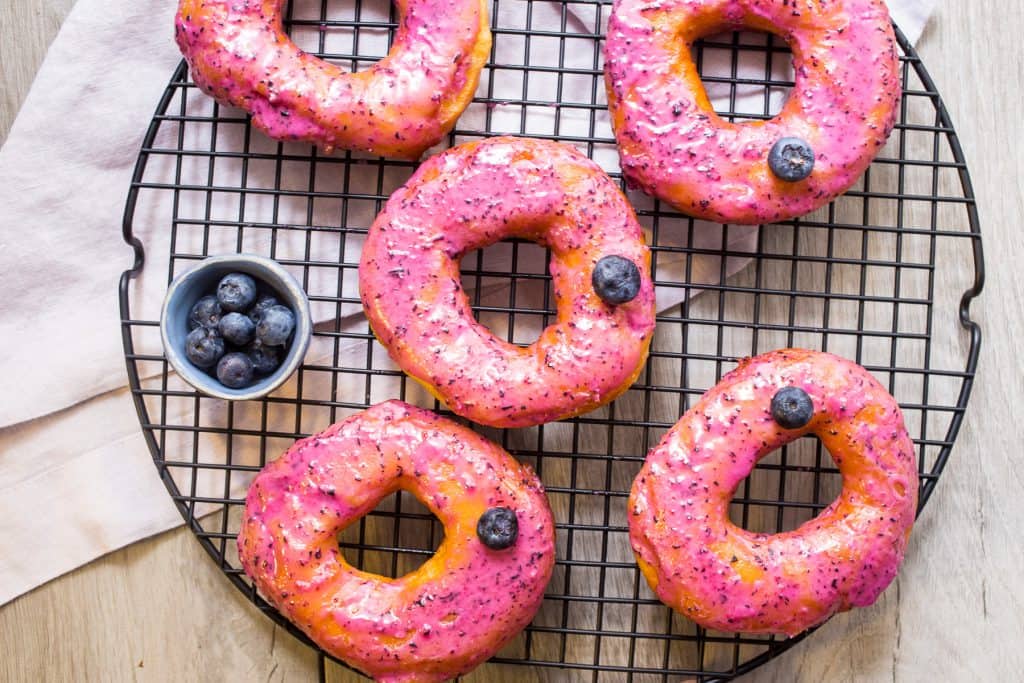 These doughnuts came to be after a doughnut-ridden road trip with friends down to Portland, Oregon last summer.  It wasn’t supposed to be the purpose of our trip but sometimes things just end up the way they do.

Blue Star doughnuts was our first stop and I couldn’t get enough of the blueberry bourbon glaze and delicate brioche dough.  I’m no stranger to brioche doughnuts, in NYC we have our beloved Dough and of course I’ve already given them a try with my Chocolate Strawberry Doughnuts.

Unlike baked, cake, or traditional yeast-raised doughnuts there’s a richness behind brioche doughnuts. Just like the bread, it’s totally worth going off your summer diet for.  While there’s plenty of flavor packed into the doughnut itself, don’t discount the glaze.  It’s packed full of fresh blueberry puree and of course a splash of bourbon.  If you prefer a thicker glaze on your doughnuts, just give it an extra dunk or two before letting it set. 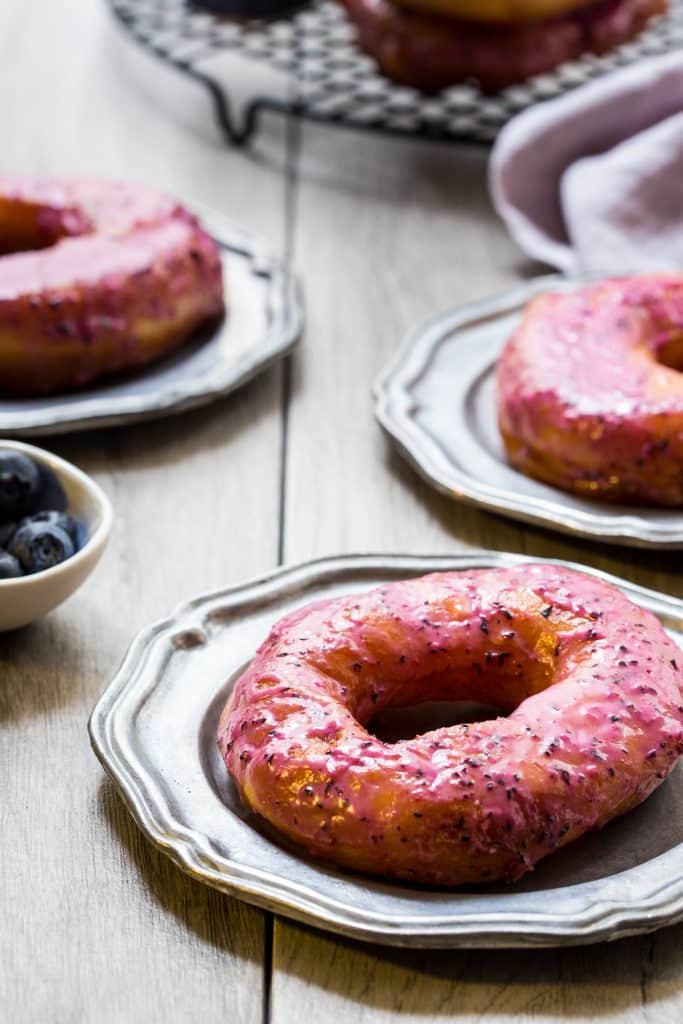