Crispy potatoes are paired with dark chocolate for a Chanukah dessert you least expect. Why not give Chocolate Covered Latkes a try this year?! 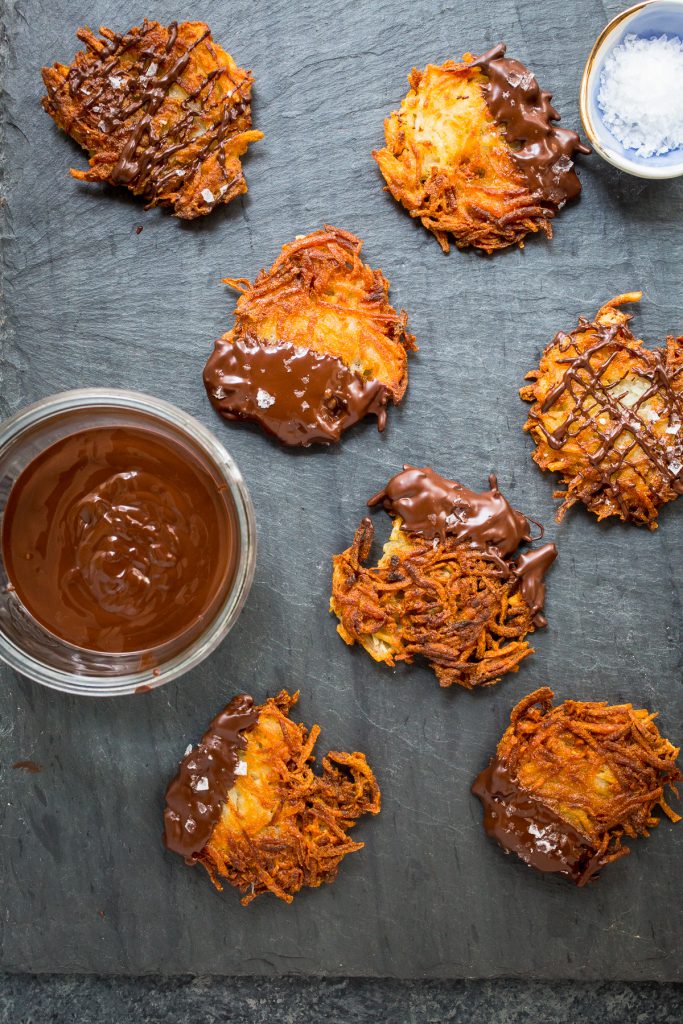 That’s right I did it.

I’ve made every type latke you can possibly think of, from Indian-spiced to Korean influenced to traditional with a little Kosher deli on top.

Now, let’s have them for dessert.

Not feeling the vibe? Stick with me and you’ll be frying up some latkes and dipping them in chocolate by the time you’re done reading this post.

I first tried a chocolate covered latke about 5 years ago at an annual Latke Festival here in Brooklyn.  You think I’m the only one that loves latkes? We all do, it’s tradition and it’s the most delicious way to celebrate Chanukah!

This festival brings together some great restaurants around the city and their takes on the latke! That year had latkes with duck confit, caviar, lox, every condiment topping you can think of and of course the stand out for me was the chocolate covered latkes.  It does sound strange at first but if you’ve had a chocolate covered potato chip it’s exactly the same concept. 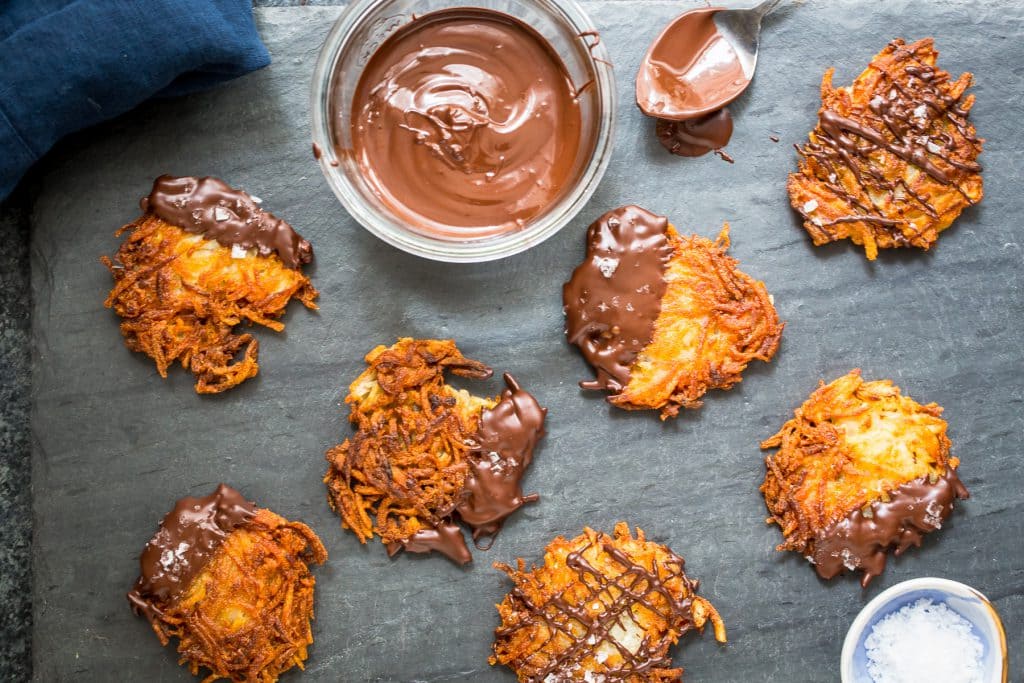 Trying them out at home has been on my to-do list for a long time and my partnership with this month with the Idaho Potato Commission was a perfect excuse to finally fry these guys up and dip it into some chocolate! First though I needed to figure out the best way to serve the latkes without it being a big chocolatey mess when you picked one up!

The best way was to temper the chocolate before dipping the latkes.  If you aren’t familiar with the method for tempering chocolate, simply put it’s a method that makes smooth, glossy and even coating for when you are dipping chocolates or something in chocolate.  It gives that snap when you bite into it or in this case will set quickly without having to refrigerate or freeze the latkes first- which is something we do not want to do.

You’ll have to work quickly but before we even begin the chocolate dipping process our latkes will be finished and staying warm in the oven.  Take them out, dip and set on some wax paper.  After you are done dipping and bring them over to be served they should just start to set up and dry.  No messy chocolate hands and one delicious and fun dessert! 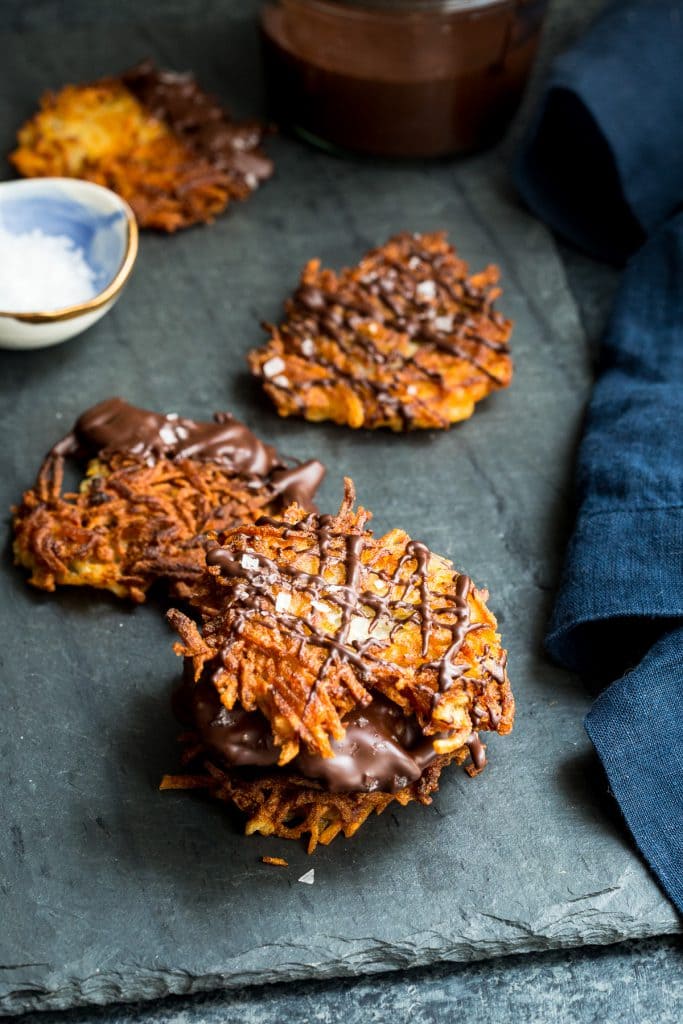 Of course these latkes can be served without tempering the chocolate first but plan on them being a little messy.  It’s all part of the fun isn’t it?

Have I convinced you yet that these are a must try?

Crispy potatoes, dark chocolate and just a touch of sea salt.  Does it get any better?