Take a trip to India with Tikka Masala spiced latkes. These wonderfully aromatic and spiced latkes are paired with a mint yogurt dip for a twist on a classic. 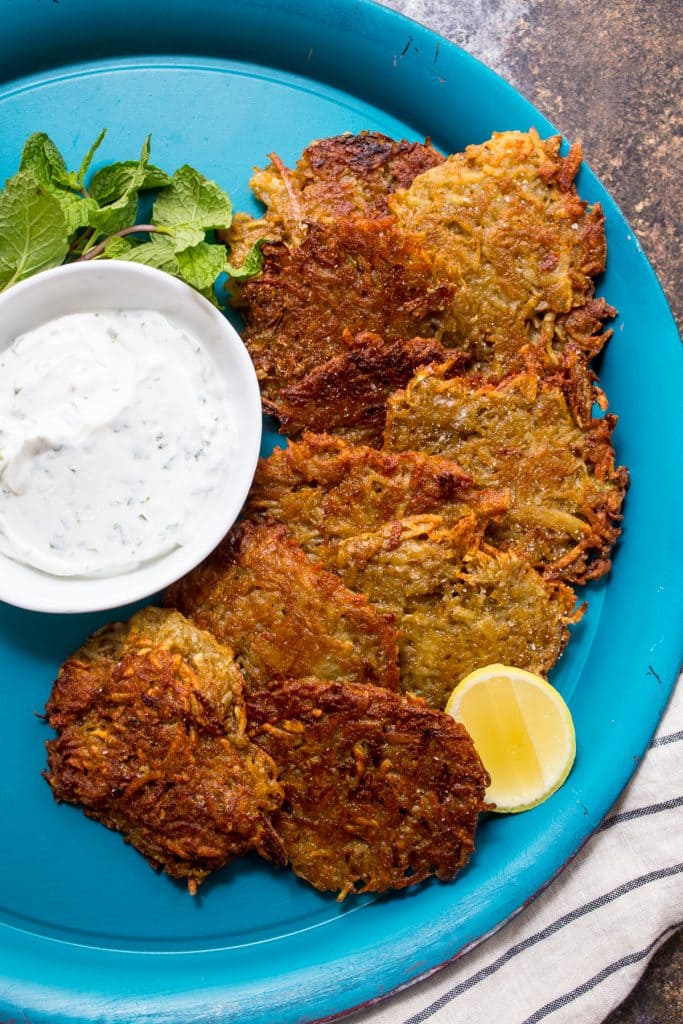 Let’s get right down to business, Thanksgiving is over and I’m all about Chanukah in this house.

Some people get excited and count down the days to Christmas. For me, bring on the latkes.

Chanukah has and always will be my favorite holiday – I don’t know if it’s food, the fact that I was born in the middle of it or the presents.  Nah, the presents stopped a long time ago.  The love is related to the food.

Don’t get me wrong, I love most holidays that center around good food, Thanksgiving certainly ranks up there but you don’t get latkes on other holidays.  Let’s talk latkes – they are simply put a fried potato pancake but when made correctly it’s the perfect combination of crispy exterior and creamy interior that’s a welcoming blank canvas for a variety of flavors.

I’m so thrilled to be teaming up with the Idaho Potato Commission this season to bring you a series of  fun and exciting recipes to bring to your holiday table. You don’t have to celebrate Chanukah to sit down to these Indian inspired latkes or even the chocolate dipped latkes coming at you later this month.

Why do we eat so much fried food during Chanukah? Traditionally fried food is eaten to commemorate the menorah oil that lasted 8 days during the Maccabean revolt. 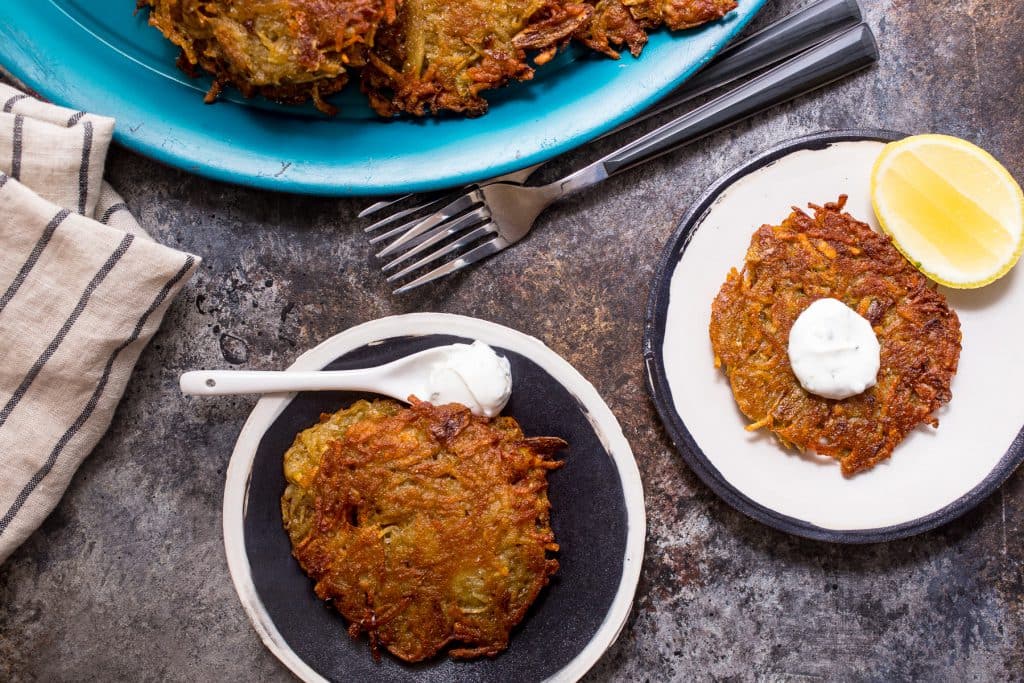 Tradition in my house also includes 5lb bags of Idaho Russet Burbank Potatoes.  I can’t remember a time where bags of Idaho Potatoes weren’t sitting in our garage ready to be peeled and shredded into latkes.  That tradition has moved on to my house and the houses of my brother’s as well.  Why do we use russet potatoes for latkes?  Besides the taste, it all has to do with the high starch content in these potatoes.  You don’t necessarily need flour to bind them but once again tradition in my family recipe tends to hold out and I always toss a little bit into the mix.  If you want to keep things gluten-free then by all means leave the flour out.  All that starch will give you that perfectly crisp texture you want achieve while frying, no one wants a soggy latke!

Now let’s talk about this Tikka Masala Latkes! As I said they are a blank canvas for flavor and while tikka masala is really a dish not a spice mix, why not change things up a bit? I’ve taken the flavors of the dish and made my own spice mix with it.  Loaded with fragrant Indian spices, such as coriander, cumin, garam masala, ginger and garlic these latkes pack a big punch! Pair it with the mint yogurt sauce and you will suddenly feel like you’ve transported to India during your Chanukah celebration! 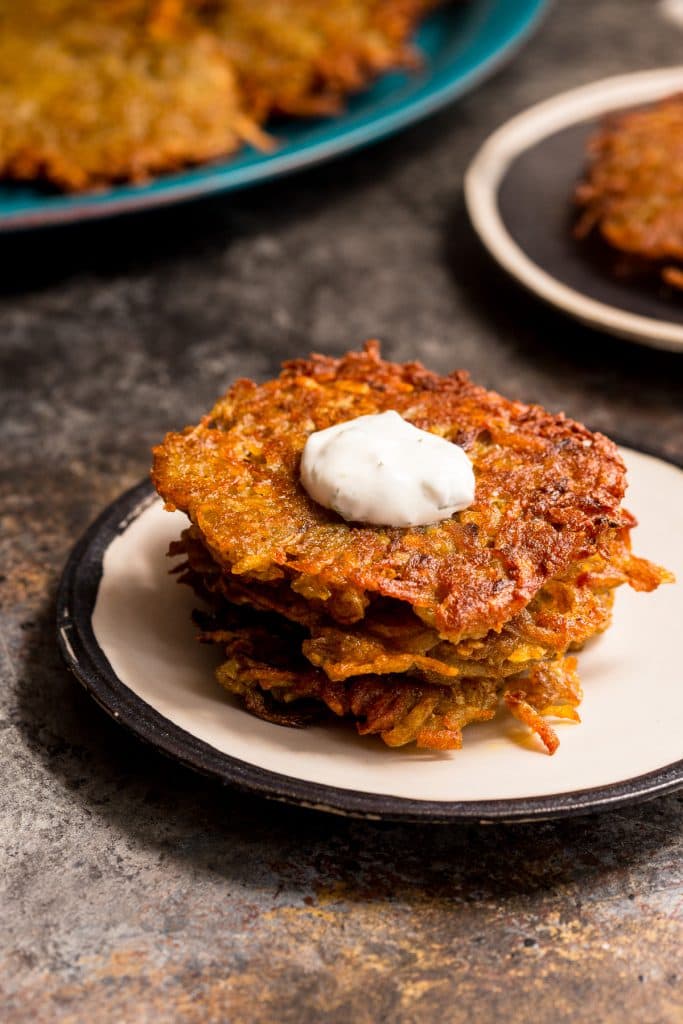 One thought on “Tikka Masala Latkes with Mint Yogurt Sauce”