Autumn Pimm’s Cup is your new cool weather drink filled with apple cider, rye whiskey, a touch of ginger in Pimm’s No.1. 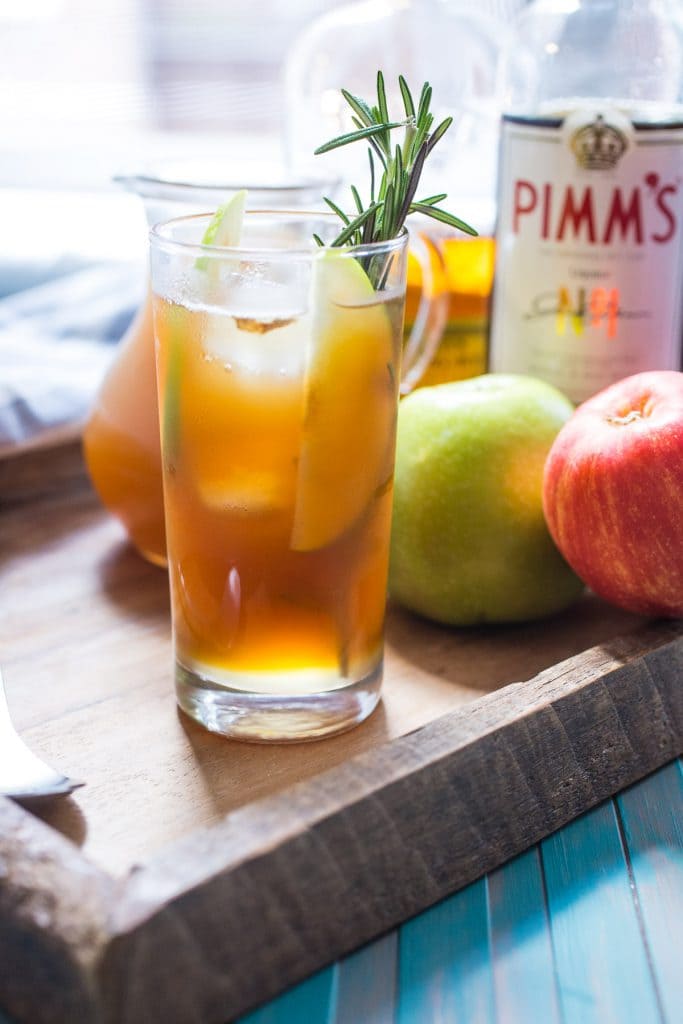 I’m officially calling this the new drink of the Fall season.

You’ve got a touch of ginger.

And to top it all off, you’ve got Pimm’s.

This is without a doubt the perfect large batch drink to sip on while tailgating, at harvest festivals, your upcoming Halloween party or just because it’s 5pm. 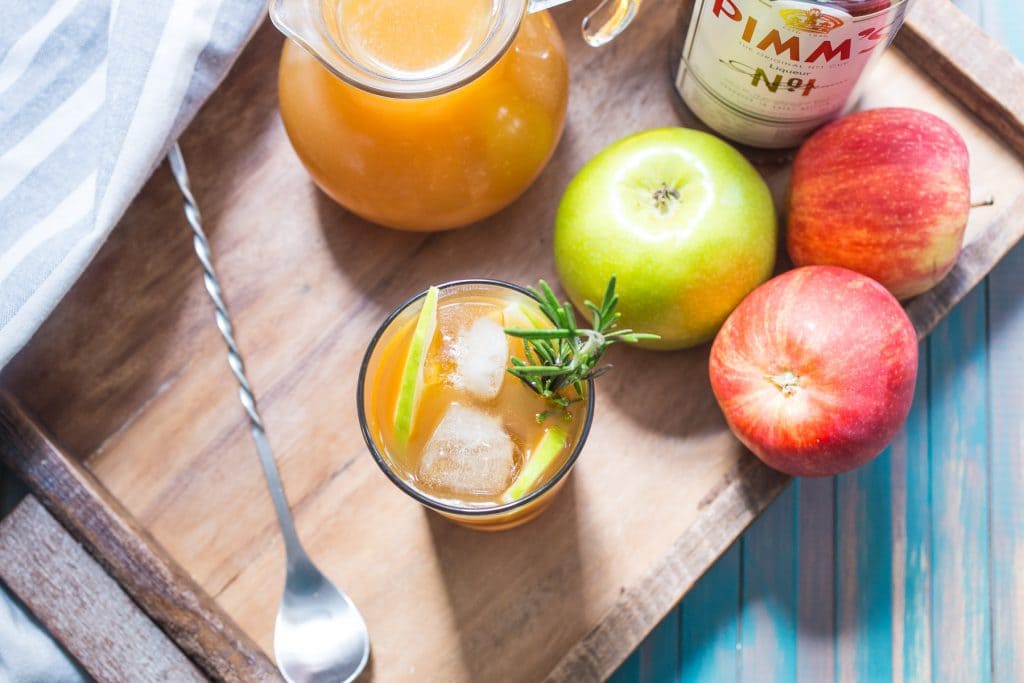 Pimm’s No. 1 has been showing it’s gently spiced taste around here a lot lately.  I won’t deny those accusations, from PG&T’s to dressing up some peaches.

In my world Pimm’s is simply perfect and so why do I keep messing around with it? Because it’s fun and it’s a workhorse that flows seamlessly into every situation you put into.  Take this Autumn Pimm’s Cup cocktail for example.  On it’s own you’d have your standard spiked whiskey apple cider cocktail.  With the spices and citrus and fruit undertones from Pimm’s it elevates that gold standard of Autumn cocktails into one that you’ll want to sip on over and over again. 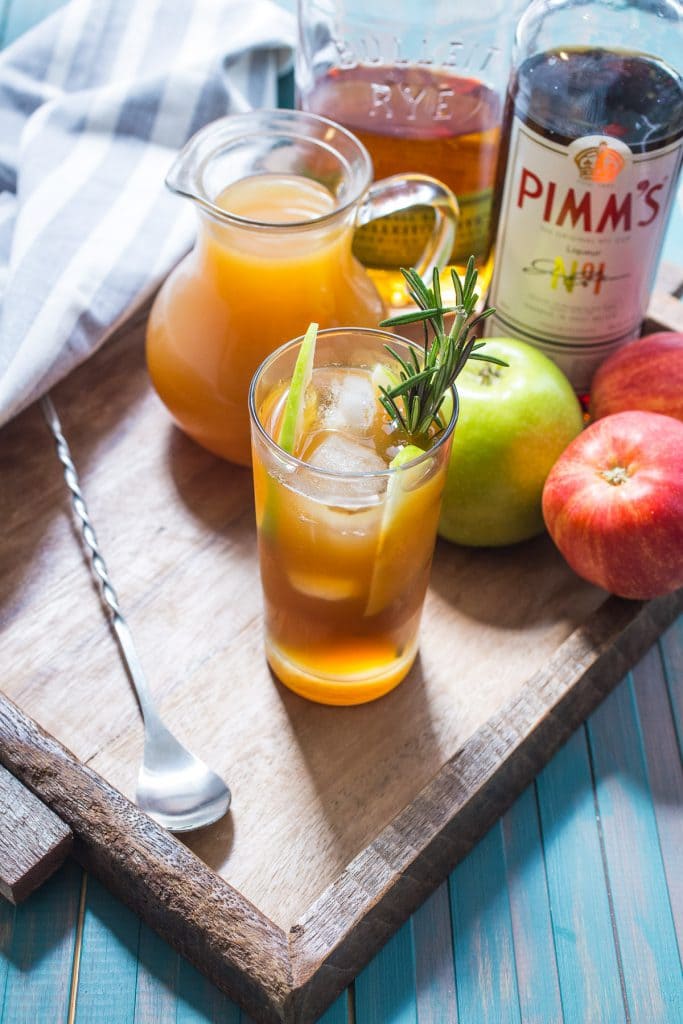 This drink is perfect for big batches or just your after work cocktail too.  The ginger simple syrup makes enough to keep in the fridge for whenever your ready to sit down relax and stir up a drink or just double or triple the recipe into a pitcher to serve it up to your group of friends.