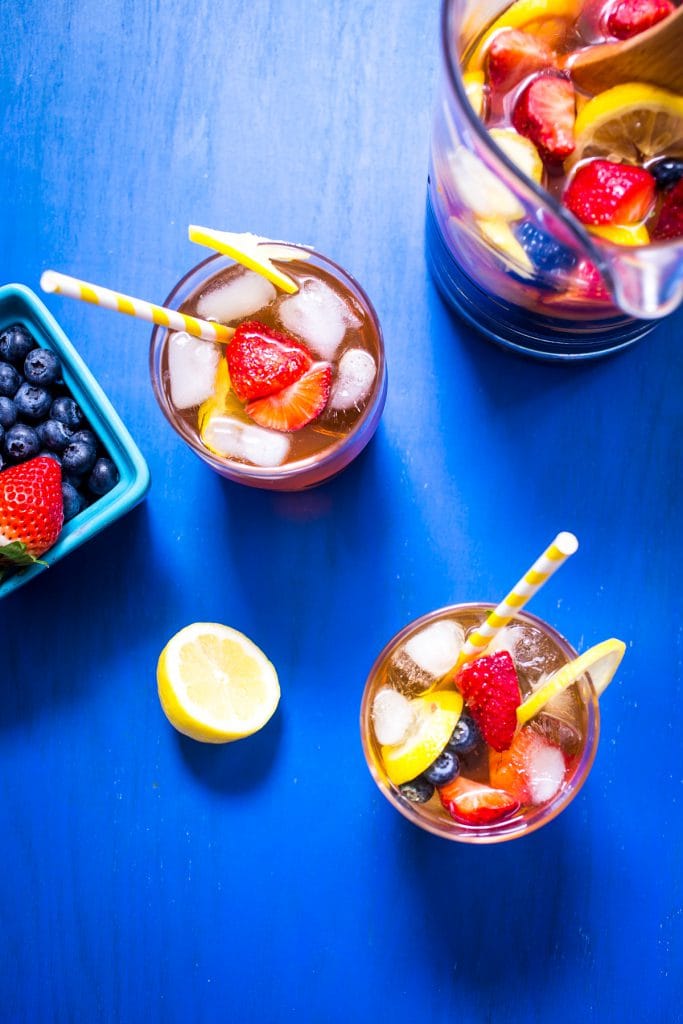 Summer in the city is here you guys.  It’s hot, it’s brutal, and the city takes on a certain aroma that I would rather not describe.  As much as I can’t stand the cold, I wouldn’t exactly say I look forward and love the summer either.  I mean, sure there are parts of summer I love and one thing I look forward to every year is the Summer Fancy Food show.  What is it? Exactly what it sounds like, a food show exhibiting new and upcoming foods – some fancy, some not.

I just spent the last two days at the show, eating my way through it and consuming more chocolate and cheese than I thought possible in two days.  The show is held at the Javits Center every year and is set up pretty much the same way, more commercial, well known brands on the top floor, plus the foreign foods and downstairs up and comers.  That’s where things get exciting and you can see what’s on trend for the next year.   Last year I noticed a lot of snack foods – this year it seemed to be all about tea.  Which for this non-coffee and soda drinker is a huge deal.  Gone are the days  of overly sweetened bottle ice tea, it’s time to get creative and have some fun! 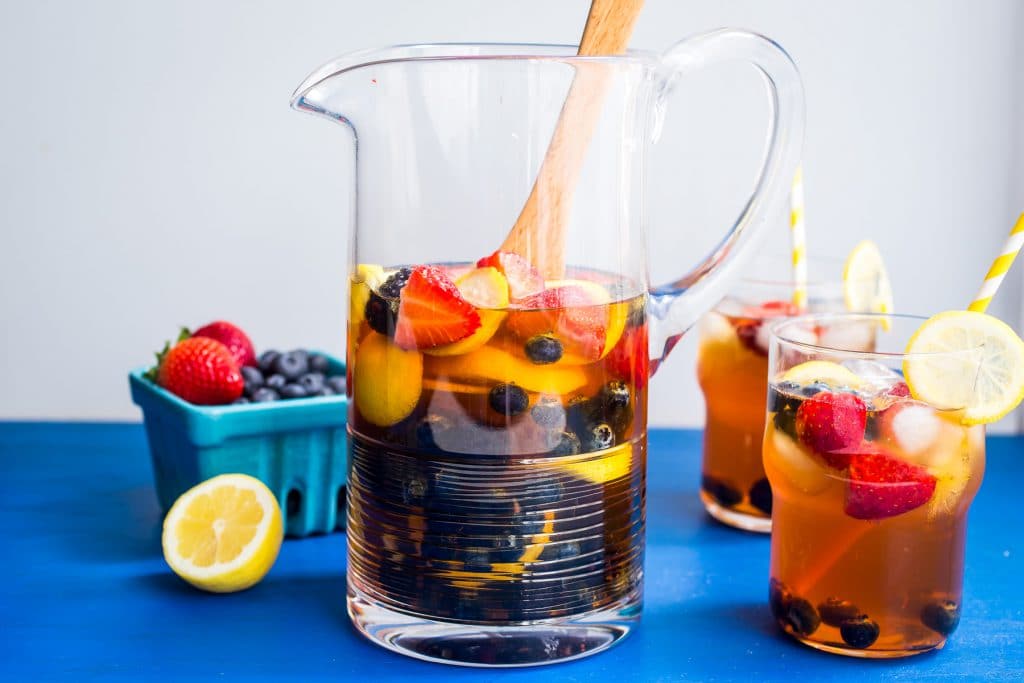 Clearly before I even stepped inside the show this week I knew tea was going to be “it” or maybe I just associate iced tea with a must have summer beverage.

Just like iced tea, sangria is another must have summer beverage.  So it made completed sense to combine the two into this Red Rooibos Tea Sangria!  What I love about rooibos tea is that it takes on a slightly fruity taste but generally not very full bodied and very refreshing.  It’s the perfect compliment to a bottle wine and plenty of fresh fruit!

Make a giant pitcher of this tea sangria to serve to a crowd or just sip on all week long after work! 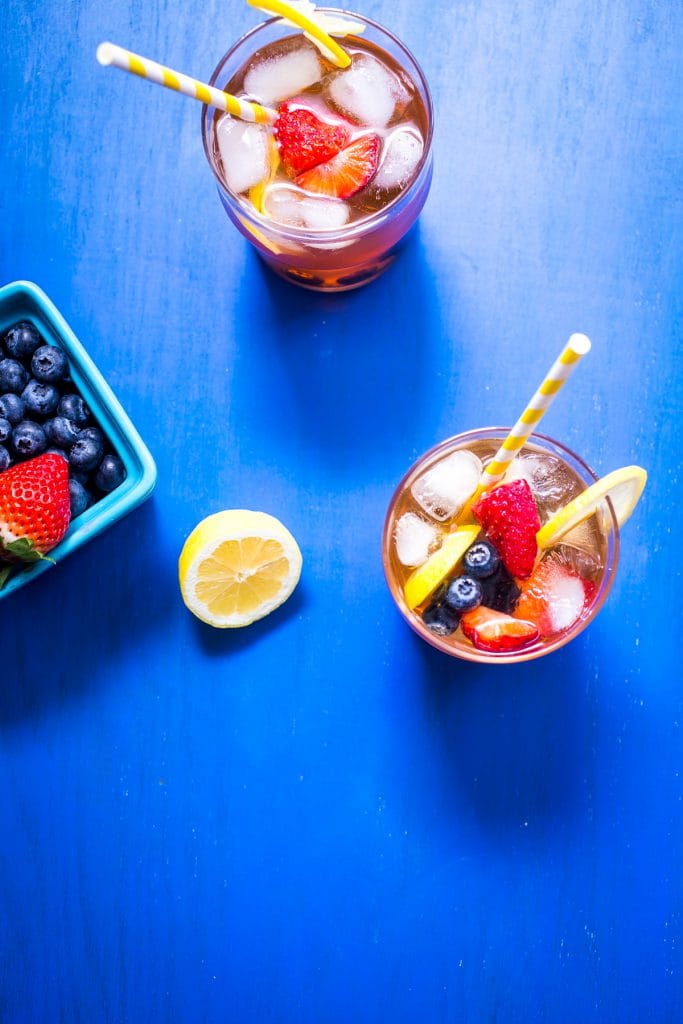 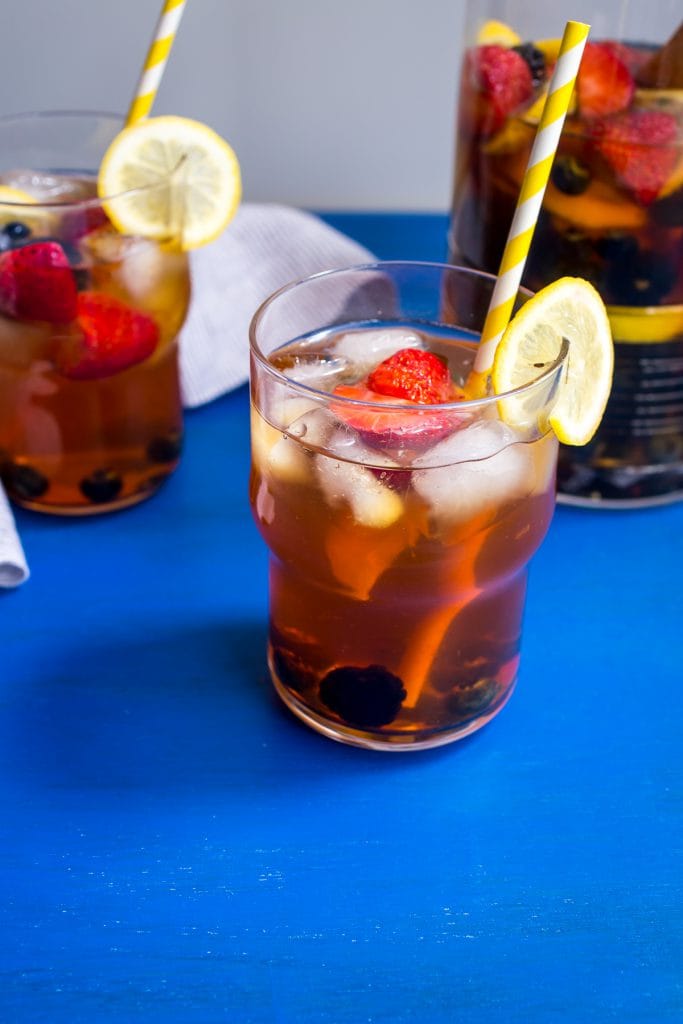