Summers “other” sandwich, the shrimp roll gets a light and herb flavored dressing to make Green Goddess Shrimp Rolls a summertime must have! 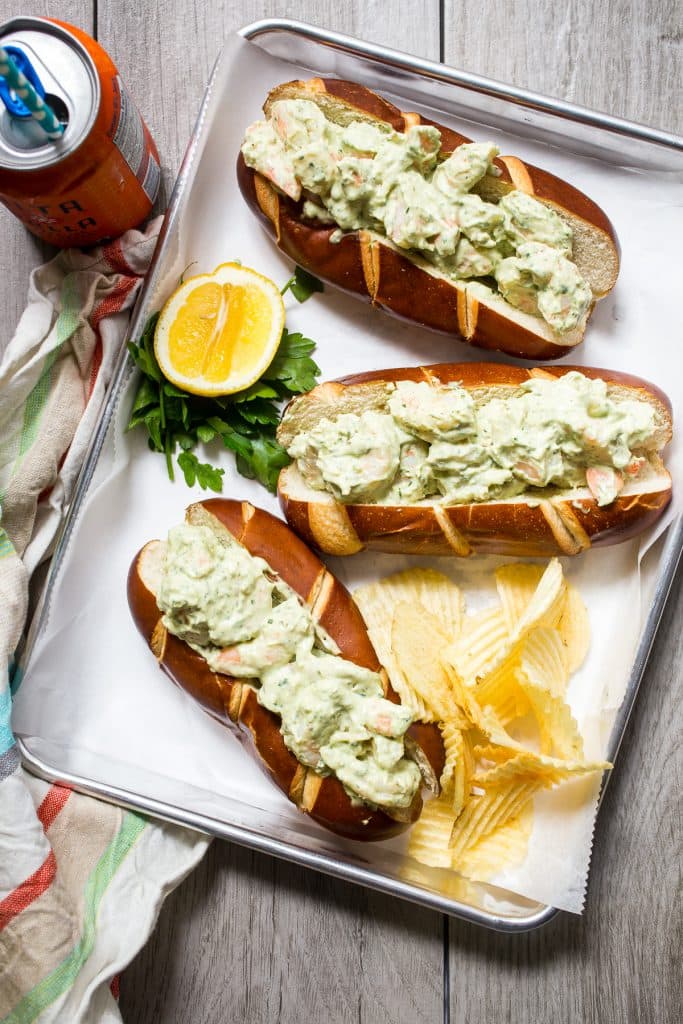 I have a sneaking suspicion that I can’t be the only person out there that drastically changes their eating habits once the weather starts warming up.

I get that it’s “bikini season” but uh- – totally not the reason for me, I get to the beach  1-2 times a season at best. Nope, the transitional eating switch just seems to happen naturally for me and one moment I’m still  fixated on heavier comfort foods – the next lighter summer fare.

I noticed it last week when more salads were making an appearance at dinner, our portions were getting smaller and I started gravitating more towards seafood for our protein instead of meat.  Hmmm.  . . maybe I am trying to get that bikini bod or I just want to spend less time with the oven on.  Pretty sure it’s the latter of the two. 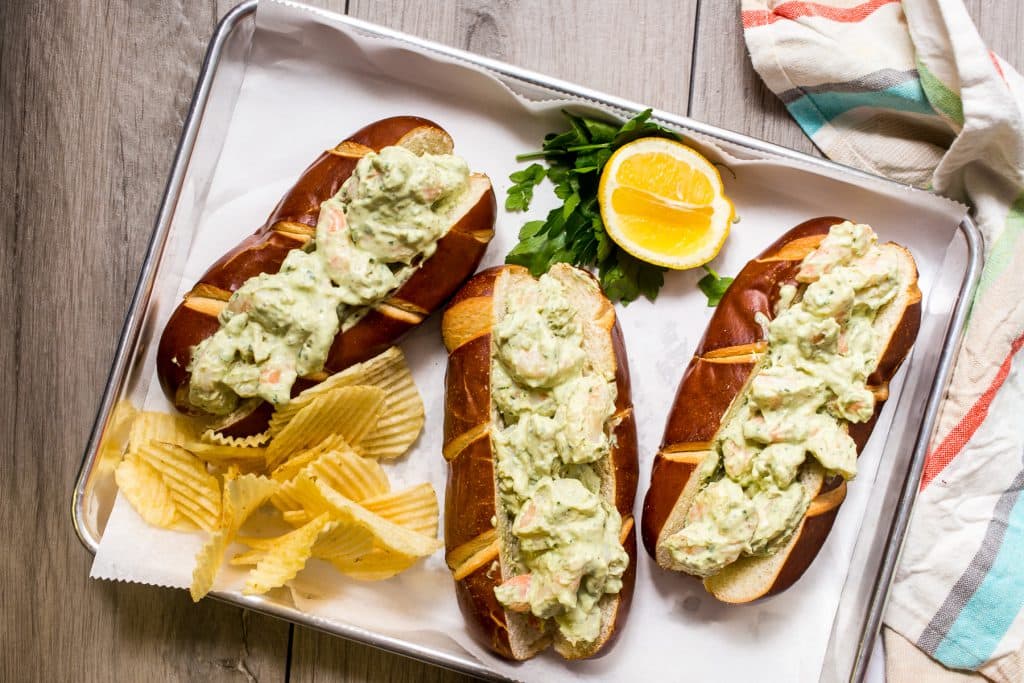 Prime example, these shrimp rolls right here.  We’ve had them twice in a one week period and true it’s because I just couldn’t get the dressing right the first time around but also because they are just so easy to make.

Shrimp rolls might be considered the lesser cousin of the lobster roll but when done correctly it can be just as special and spectacular.  Plus it’s so much easier and way faster (not to mention cheaper) to prep. When you need to feed a crowd, the shrimp roll is the way to go.

Now sure you can dress a shrimp roll in the traditional way with mayo, herbs and celery but what fun is that? Green Goddess dressing is where it’s at with a big boost of flavor and the perfect way to use up all those herbs taking over your garden.

Keeping this light that mayo has been switched out with Greek yogurt and just a smidge of avocado tossed in the mix for an added green boost. 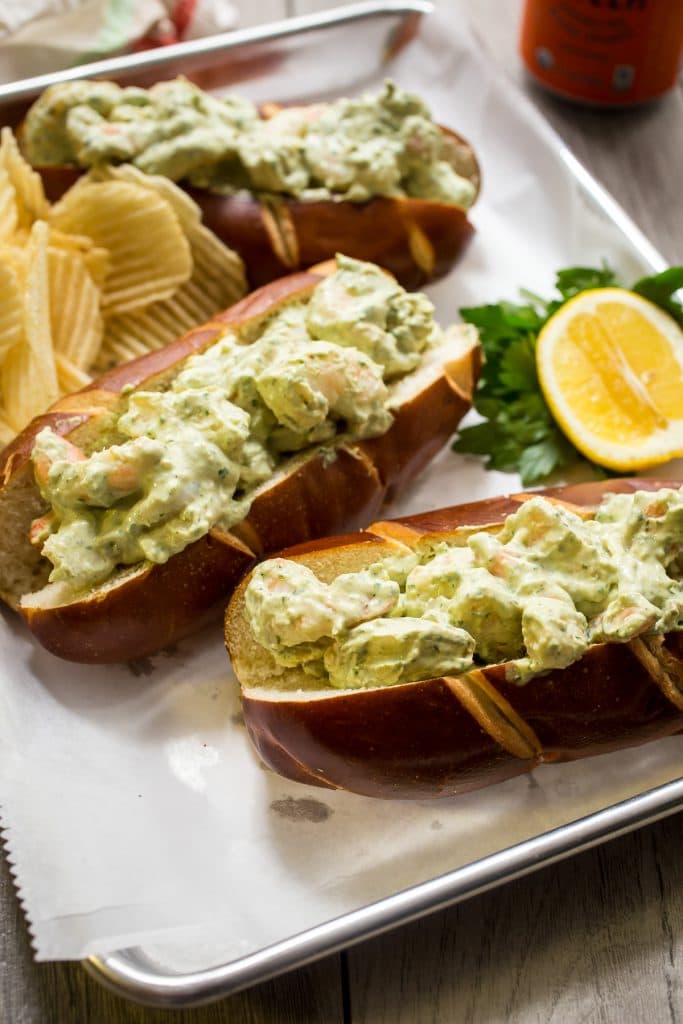 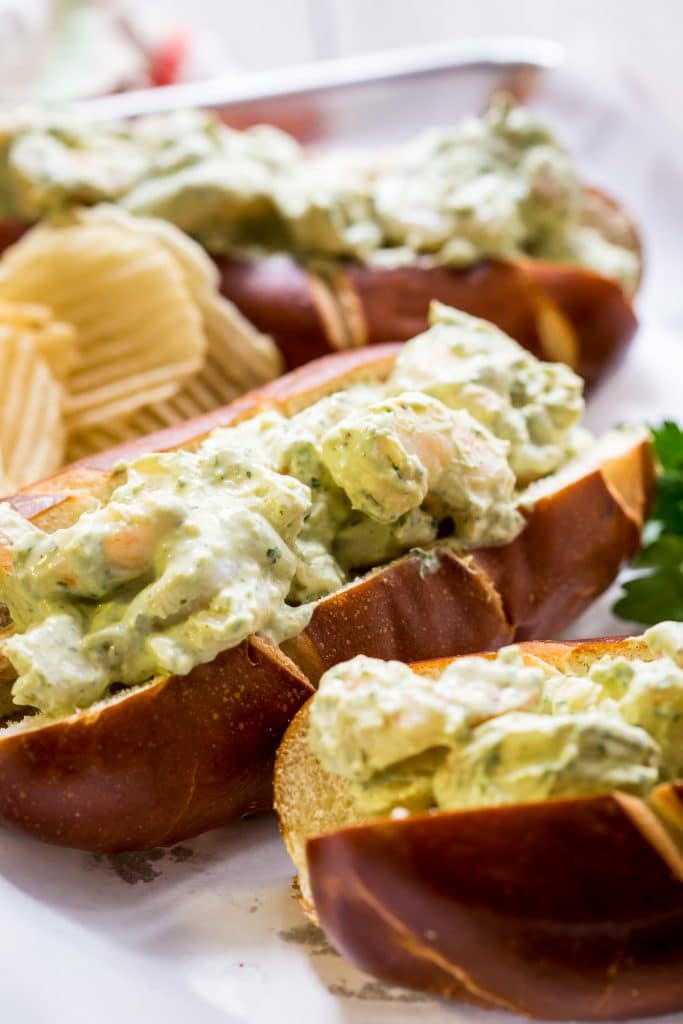