Proof that hearty and comforting meals can be healthy. This Gnocchi with Chicken Sausage, Brussels Sprouts and Apples is full of the good stuff, while filing you up and that void of winter comfort food. 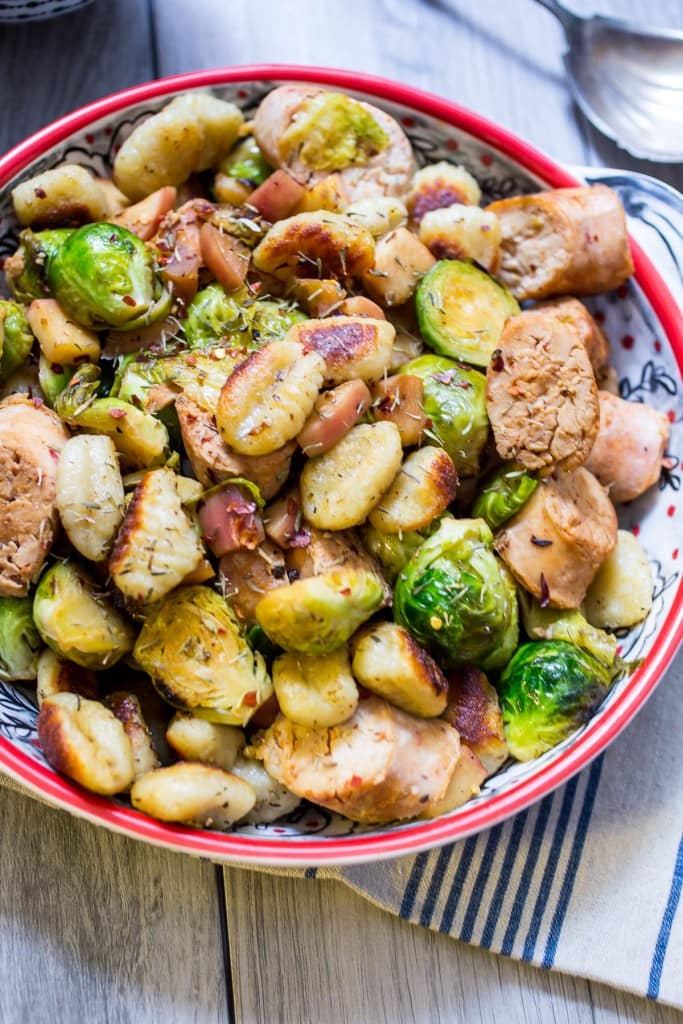 The other day I admitted to watching an obscene amount of television during the holiday break.  One can be forgiven for the grievance when they are on vacation doing nothing, right?  Now that we are back to work, you would think that habit would stop.

I think right now you can guess who joined the binge club of Making of a Murderer?  Yup, that’s me.  Ten hours of television completed in two nights.  I’m a little tv’d out at this point to tell you the truth.  The show was compelling and seriously hard to stop after each episode but now I’m ready to curl up with a good book for the next month (so I say).

Seriously, stop with the judging.  What did you expect from me? Winter finally arrived in New York.  It was freezing the last few nights!  I wasn’t about to go for long walks in the evening!  Nope, my only choice really was to curl up on the couch with a warm pug and wither away in front of the boob tube.

And so with the theme of Making a Murderer, I’m going to confess to a crime I committed with this dish.  Not my idea (gasp!).

It’s true, I borrowed it from a restaurant I dined at when I was down in Atlanta back in October.  There were some differences with the dish that I had and it sure was a lot more refined than this.  However the overall idea of gnocchi, chicken sausage, brussels sprouts and apples stuck with me.  This is hearty, winter comfort food but in a healthy light.  It was time to make it my own. 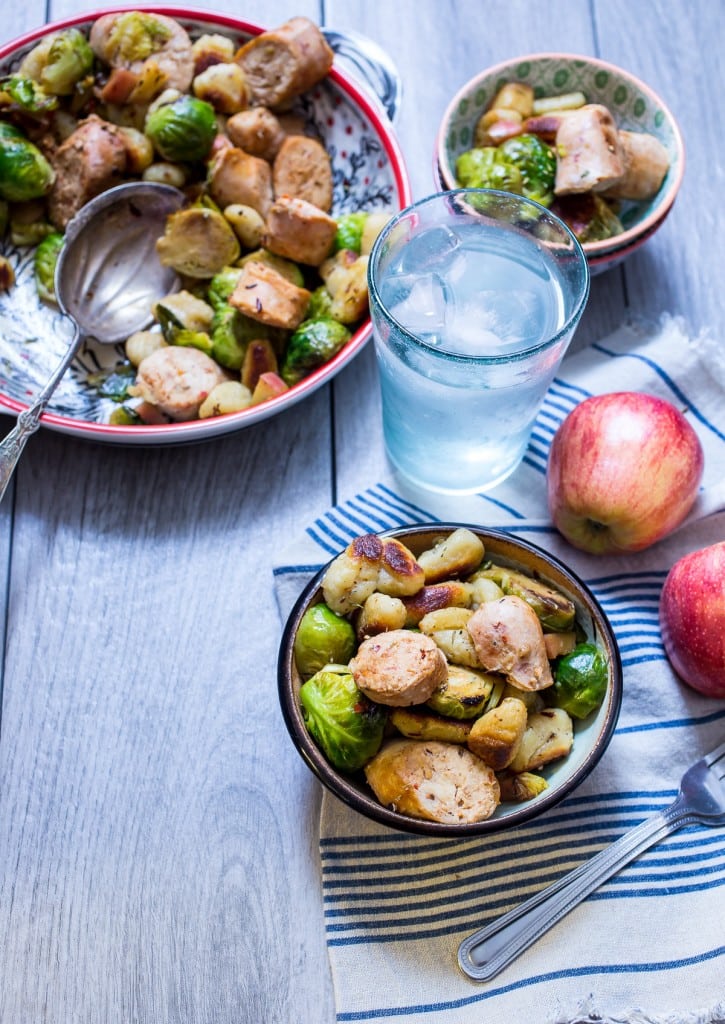 As much as I wanted to make another single skillet meal, sadly it wasn’t happening this time.  No matter an extra pot or a dish would get dirtied in order to brown up that gnocchi.  Plus I prefer to cut down on cooking time instead of delaying it and opted for a second skillet.  You can work with me on that right?

This dinner isn’t restaurant worthy, not one bit, I’ll be the first to admit that but it’s my type of weeknight cooking that keeps me satiated and I think it’ll do the same for you. 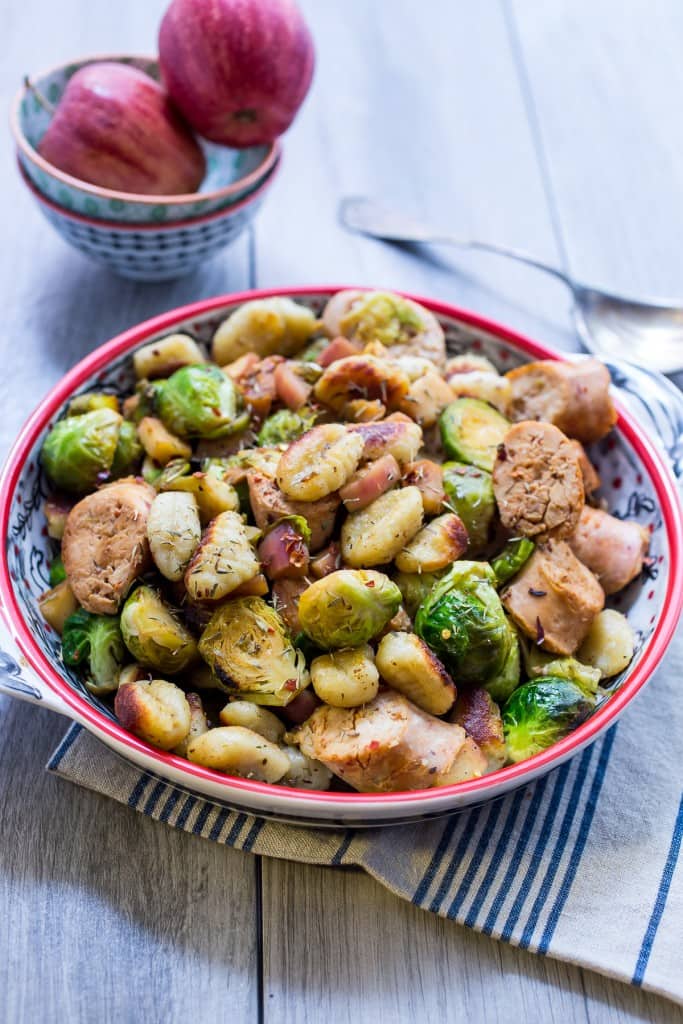 4 thoughts on “Gnocchi with Chicken Sausage, Brussel Sprouts and Apples”