The leaves might have fallen off all the trees and snow is on the ground but it doesn’t mean we still can’t appreciate the flavors of apple cider.  Make these warm and comforting Apple Cider Waffles on a lazy weekend morning or incorporate them as part of a new holiday tradition. 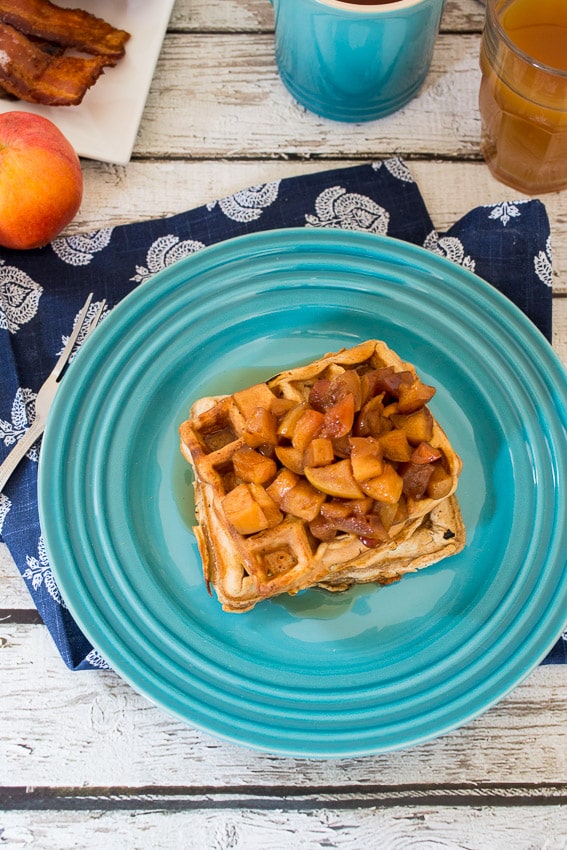 Do you know the one thing in life I really wish I had more time for?

It’s not the obvious like sleep or house cleaning, no it’s making an awesome breakfast and enjoying it over a lazy morning.

Yeah I know breakfast food doesn’t have to be eaten in the morning, I have it for dinner all the time but sometimes I want my waffles at 9am not at 9 o’clock at night when I’m settling down for the day.

It’s the little things, sort of like these waffles.

The little flavors, the subtle touches, like swapping out milk for apple cider.

It works in donuts, so why wouldn’t it work for waffles?

It does friends, it really does.  You know what else works? Making big batches of waffles and reheating them so they are nice and crispy and toasty and getting to eat them at 9 o’clock in the morning.  Make ahead waffles are our friends.  So much better than the frozen boxed kind. 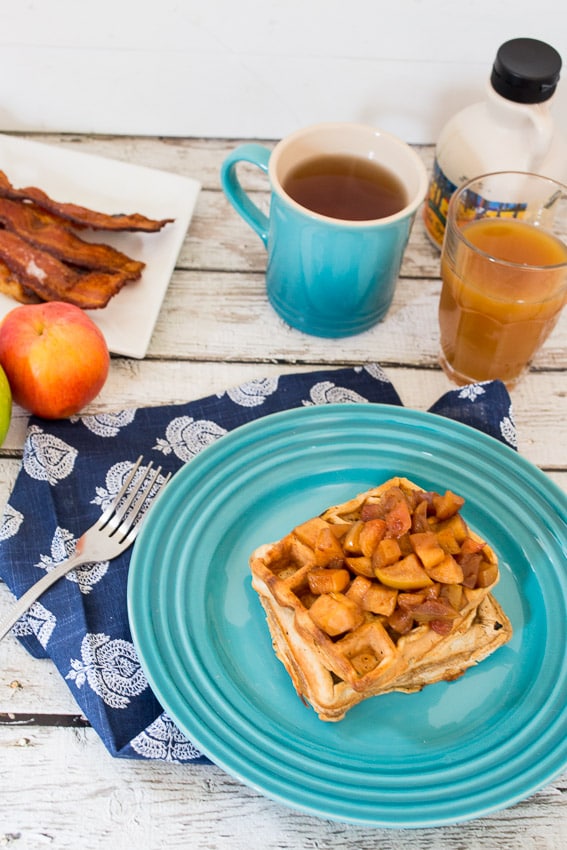 Easy breakfast are great for me, but I bet it’s even better for my friend Brianne over at Cupcakes & Kale Chips where I’m guest posting today.

Brianne has had a crazy few months, she’s packed up her home, her two boys, her husband and moved out of state, all between two holidays.  That is not easy and I give her so much credit for doing it during a time that’s difficult enough to handle when you are staying in one place.

So make sure to click over to get the recipe as part of her 12 Guests Posts & Round-Ups of Christmas and wait there’s more! You still have a few days left in our awesome giveaway.  You can enter at Cupcakes & Kale Chips or here! 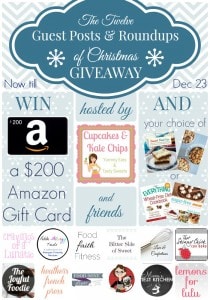 One lucky winner will win  a $200 Amazon Gift Card plus the winner’s choice of Dorothy’s Dessert Mash-Ups and Ashton’s Party Popcorn OR Brenda’s Sugar-free Mom and Lauren’s Everything Wheat Free Diet cookbooks.  Giveaway open until 11:59pm on December 23rd, 2014 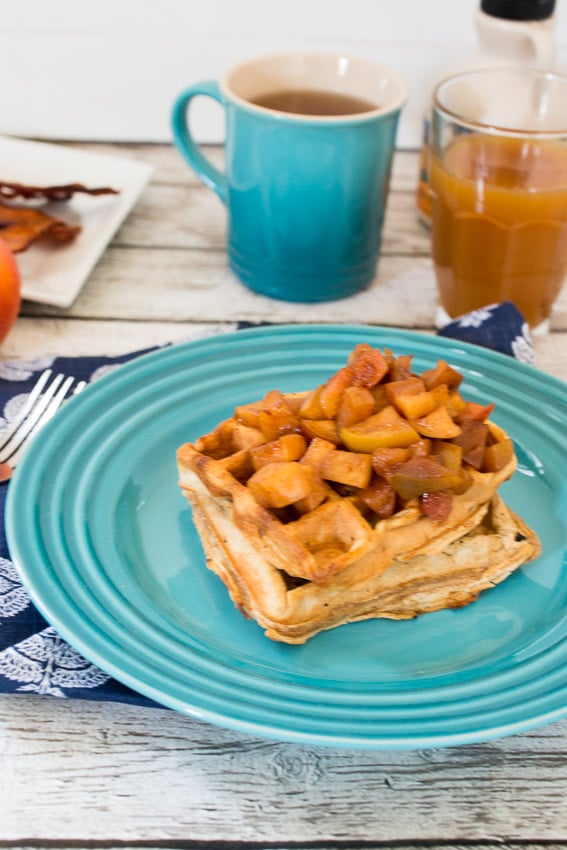