For a complete savory meal in one portable pocket, give Pumpkin Beer, Meat and Cheese Pies a try! 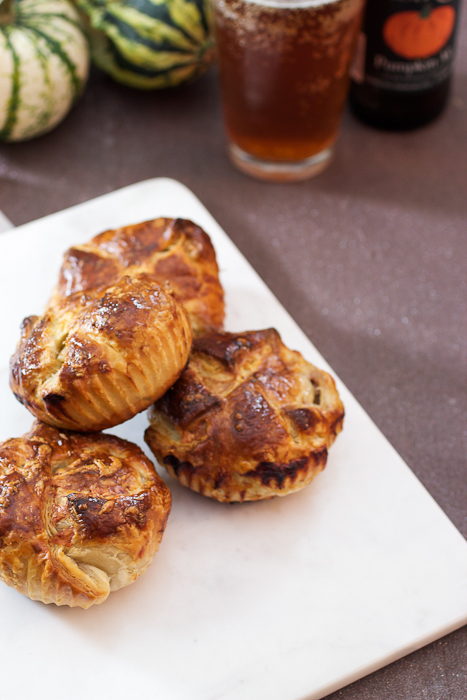 Did you know that there was an American Beer Day? I mean of course there would be, if there is a national lemon juice day (for real) or a national eat outside day, then why shouldn’t we celebration something as American as beer!  Although truth be told, beer isn’t very American, it’s actually quite European and for a long time Americans did horrible things to the beer scene but thank goodness for the explosion of the craft beer scene.

However, I will get off my soapbox and discuss my real purpose today.  Sunday is American Beer Day and Coleen of The Redhead Baker, is celebrating this awesome holiday with a week long ode to American Beer.  Coleen is clearly a women after my own heart. 🙂 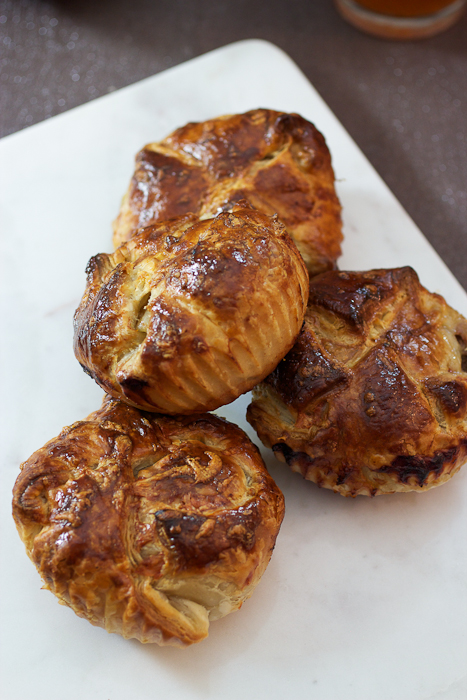 Since it’s pumpkin season, it only made sense to me to use my favorite Pumpkin Ale – Brooklyn Brewery’s Post Road.  Brooklyn gets the balance of ale and pumpkin just right in this beer, it isn’t overly pumpkiny or spicy but has just a enough added to know you are drinking a Pumpkin ale.   As for these pies, it was my attempt to recreate savory pies from a favorite joint at home – Dub Pies.   They make savory New Zealand pies that are to die for.

To find out how I created my version of these savory pies, head over to Coleen’s site for the recipe! 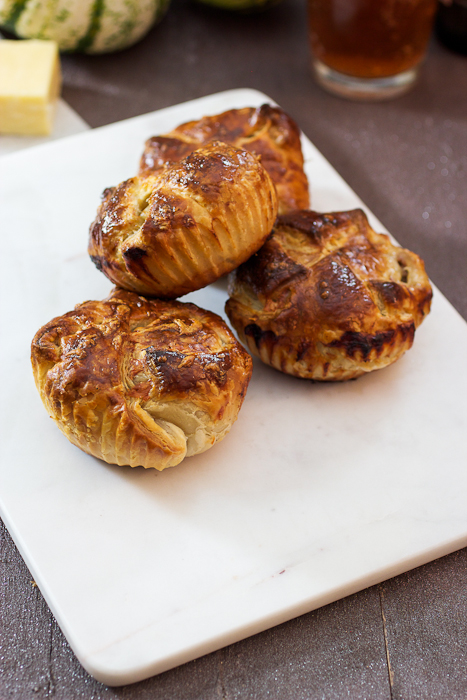