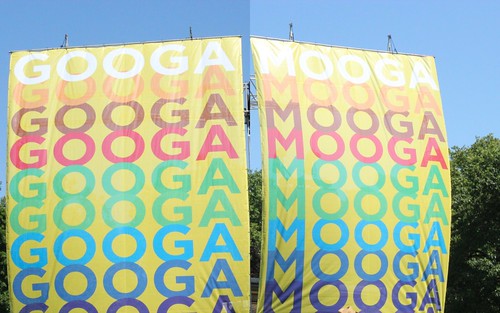 Yesterday, thousands of people descended upon Brooklyn’s Prospect Park Nethermead to celebrate the first  The Great GoogaMooga for a day of eating, drinking and music listening.

I was there from beginning to mostly the end (by 8pm we need to run home to feed the pug!) and enjoyed a great day of eating, discussions and music.

Superfly, the producers of The Great GoogaMooga did an amazing job transforming the rolling plains of the Nethermead into an amusement park of food vendors, giant pig smokers that farted fire, and tents full of any type of beer and wine you can imagine tasting.

With 75 food vendors around, it was a tough choice to decide where to eat.  At first I said I won’t eat someplace I’ve been, but when you have the smells of Dumont Burger coming at you, and you’re hungry, it’s hard to say no! I’m just happy that I’ll be back this afternoon to catch a taste of everyone I didn’t get to try yesterday. 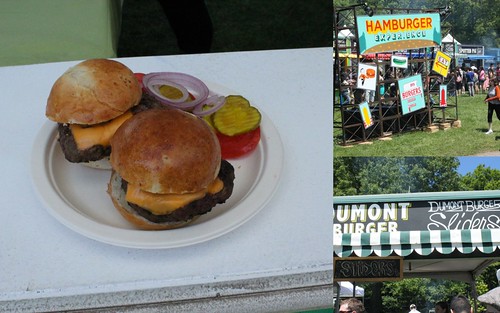 Each area of the park was sectioned off by food experiences, there was the pizza experience, the sweets concession, a market place with some amazing local food artisans around NYC, and of course Hamageddon. 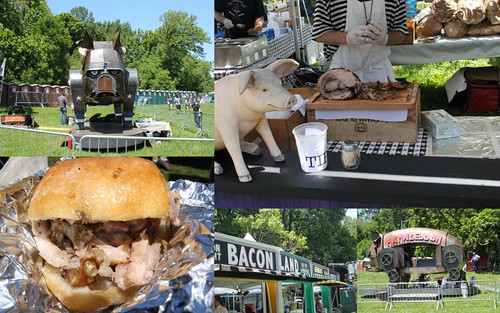 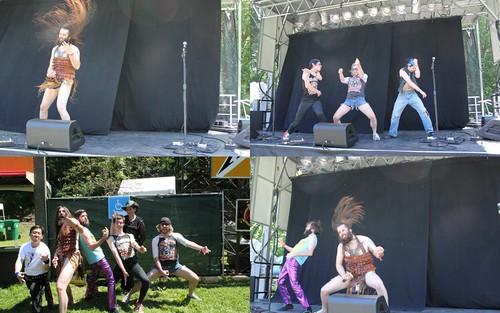 Looping back around to the marketplace I had a great cheddar and apple chutney sandwich from Saxelby Cheese, who also happens to be the cheese purveyor for our CSA.  I love their cheese and I couldn’t say no to it.  A few stalls down was Eat Me Sweetly, who is normally set up at the Dekalb Market, were selling pickles on a stick.  Totally made me feel like I was at the Ren Faire.  In fact, when you think about it, GoogaMooga is like a modern Renaissance Fair. 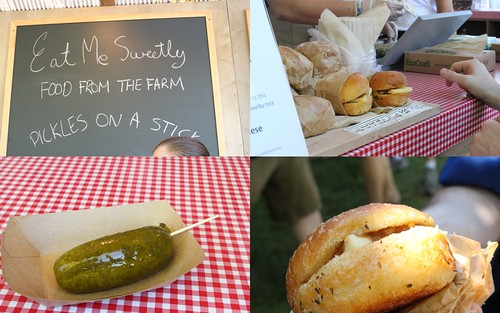 Humor me for a moment if you will, one of the perks of having a press pass yesterday (besides getting up close to take some awesome pics of The Roots), was sitting in on two press conferences to discuss the festival.

The first discussion was led by John Mayer of Superfly and creator of The Great GoogaMooga, Allan Benton, curator of bacon and beer tasting, Ben Jaffe of Preservation Hall Jazz Band, and Eddie Huang of Baohaus.

The best part of the discussion yesterday, where the name GoogaMooga came from.  Superfly are also the producers of Bonnaroo, and both festivals are influenced from the music and food culture of New Orleans.  When John started Bonnaroo and needed a name, he flipped through some old records and found the name, which is creole slang for “Good stuff”.  Going back to the source again, John flipped through those old New Orleans records and came across the song The Great GoogaMooga.  He thought it captured the spirits of the festival, without it being such a literal interpretation.

The second best part was this quote from Ben Jaffe ” Food in New Orleans feeds our body and music feeds our soul.”

That quote is why music and food are such a perfect match, you need one to go with the other.

On a side note, Ben Jaffe is hell of a tuba player! This was the first time I had Preservation Hall and they were amazing! Without a doubt they brought the sounds of New Orleans to Brooklyn’s backyard.

So now, how about we get back to the food?

Ready for some sweets? 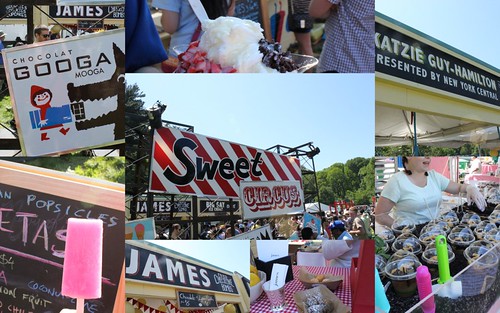 First thing first, today if you are at GoogaMooga, go to James and get their fried cheesecake, one in each flavor. The lemon ricotta was light and tart and the chocolate was like a hot brownie fresh out of the oven. I didn’t get to try the dessert from Katzie Guy -Hamilton, but the presentation was fantastic and I heard great things about their milk chocolate pudding, crushed up brownies, “worms” and fresh whipped cream dessert.

Two events that you need to check out this afternoon, that also happened  yesterday is The Great CSA Smackdown held over at the Urbarn hosted by Just Food.  Two competing chefs have twenty minutes to create a dish from a mystery CSA basket and get judged on their dish. 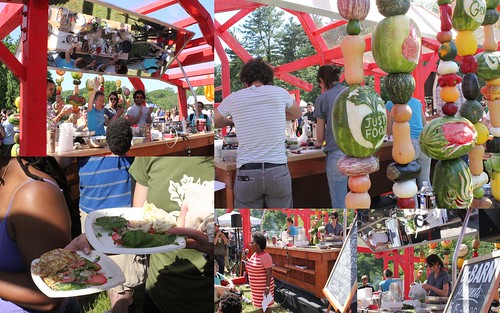 The second is the Hot Sauce Takedown hosted by Matt Timms.  Part two is happening today and a winner will be announced from yesterday and todays competitors.  Brace yourself if you decide to stop in the Restaurant 101 tent for this, these sauces are hot! 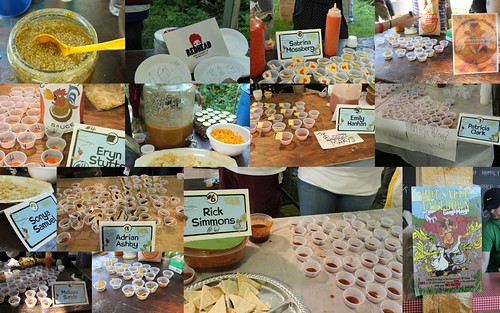 Finally, I leave with the piece de resistance! Photos of The Roots! The band that brought the house down and united everyone at the festival for one great big listening party! 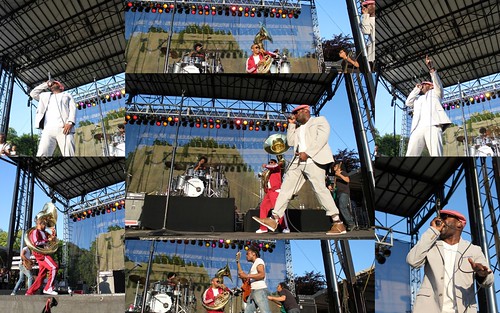 2 thoughts on “The Great GoogaMooga – Part 1”