I’m just going to start off and say this version of poutine is Decadent with a capital D.

The last version was good, but there were some flaws that needed to be fixed before it became the ultimate homemade version of poutine in my eyes and that was mostly that I overcooked my fries.

As I mentioned last time, I have a fear of deep frying at home, so once again these would be baked in the oven but the difference was that I hand cut them instead of using my mandolin.  By doing so, I was able to get the thickness that I desired, more to what you would get at a restaurant, about 1/2” thick.  The potatoes are able to get nicely browned and crispy but still retain a soft interior. 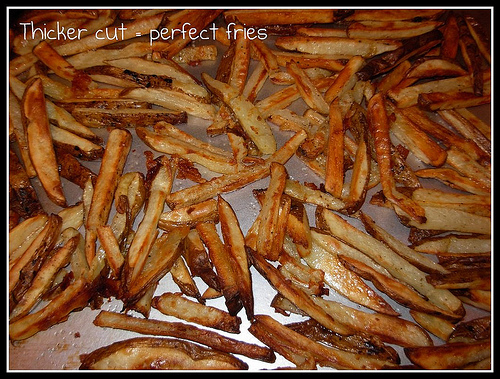 But what do you ask made this version so decadent?

I will tell you.  I made this as an entree, which meant it had added toppings, such as caramelized onions, and bacon wrapped chicken breasts.  Together with the fries, gravy and cheese curds this was a delicious, rich and filling dinner.  Something perfect to have on a cold winter night with a good hoppy beer in hand.

First start the gravy, it will need about 30-40 minutes to fully reduce.  I also doubled the amount that I used in my previous recipe for this one since I had more ingredients to cover.

Preheat the oven to 425 degrees F.  Coat the potatoes with olive oil, season with salt and pepper and place on a baking sheet in an even layer.  Cook until crisp about 35-40 minutes.  Turning halfway through.

In a non-stick pan on medium heat, drizzle a little olive oil and saute the onions until soft and translucent.  Then lower the head to medium-low and stir every once and a while until caramelized.  About 25 minutes.  Remove the onions and wipe clean the pan with a paper towel. 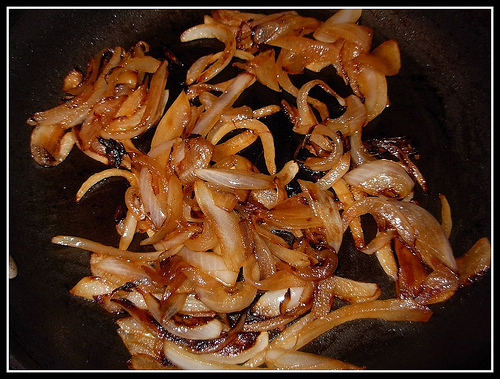 Carefully wrap the bacon around the chicken in a criss cross pattern so that the ends of the bacon meet and can be tucked underneath.  This will keep the bacon on the chicken will cooking and will not require a toothpick to keep everything together.  Season with some pepper.

Heat the cleaned pan that held the onions on medium-high and drizzle about two teaspoons of olive oil.  Place the chicken with the bacon ends down and cook until browned about 6-7 minutes, depending on how thick the chicken is and then flip and cook on the other side. 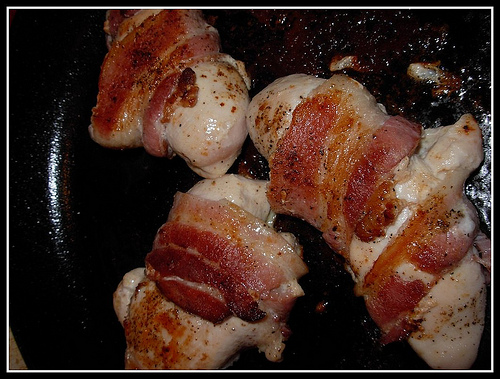 Remove from the heat and let sit for 5 minutes.  Slice on a bias.

To build the poutine, on a plate place the fries, then onions, cheese curds, sliced chicken and top with gravy. 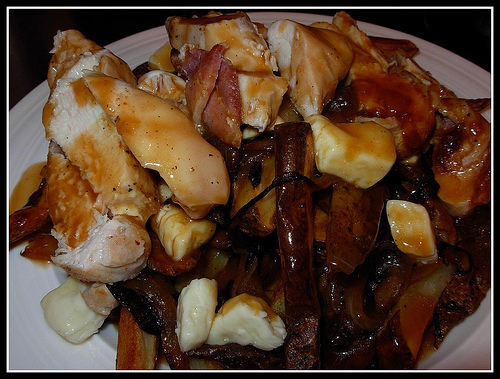