This was my second year in attendance, and I was looking forward to an afternoon of good food from street vendors and trucks around NYC and for the first time ever a special New Jersey category.

What are the Vendy Awards you ask?  The Vendy Awards were created by the Street Vendor Project of the Urban Justice Center, as a competition that celebrates NYC’s best street food vendors.  It is also a fundraiser for the Street Vendor Projector, to help them throughout the year to provide assistance to many of the owners of these carts and trucks.  This year, more so than before, it is important that we support food vendors since there are many people opposed to trucks parking in the streets of NYC and have since implemented an exorbitantly high fine of $1,000.

A lot of carts and trucks are family run and have been in business for years.  Street food is a long standing culture in NYC and it isn’t right for the city to start fining these hard workers amounts that they cannot afford.

The participants are chosen by the public, and the vendors with the most amount of nominations are allowed to compete.  In the past, they had 4 categories in which to compete, best dessert, rookie of the year, people’s choice and the vendy cup.  This year, they added 3 more categories, Best of NJ, Makers Mark Street Food Challenge and Hero.

First up is our Hero Award to Paty’s Taco.  Paty’s has been fighting the city all year long for its right to sell in the streets of NY.  The owner ended up in jail a few times for standing up for what he believes in, but in the end he won and because of that, he was bestowed the honor of the first ever Vendy Hero Award. 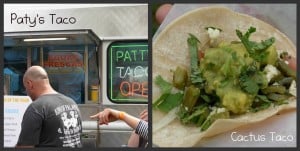 Next we have Rookie of the Year and the nominees were: Korilla BBQ; Eddie’s Pizza Truck; The Taim Mobile; Comme Ci Comme Ca; Eat Here Now Now Eat Here; and Sunrise Grill and the winner is… 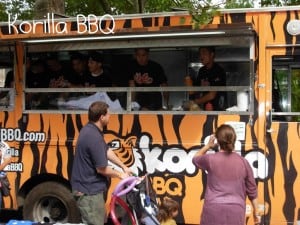 They also happened to be one of the few dishes that I didn’t get to try, but I’ve had them outside of the Vendy Awards, so I can say their win is deserving.

Let’s move across the river to Jersey for the next category, Best of NJ.  The nominees were: The Cinnamon Snail; The Taco Truck; and Two Pitas in a Pod.  Our winner… 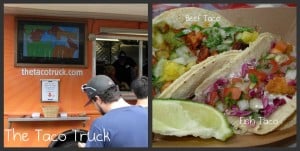 Great taco’s from the The Taco Truck.  I’m a sucker for a good fish taco too and they delivered, and we just need to get these guys over to NY more often!

Dessert’s up.  We had a nice variety, a twist on Mister Softee with Miss Softee; traditional Hawaiian shaved ice with Woolys; Italian pastrys that you know and love from La Bella Torte; mini cupcakes from Cupcake Crew; and Mexican paletas (ice pops) from La Newyorkina.  Our winner was… 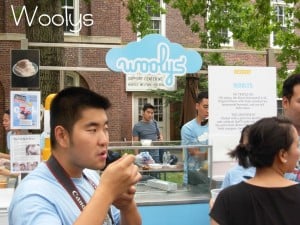 Another one, which my husband had but I shamefully did not snap a photo of before he ate it all!

A little twist on the categories this year was the Makers Mark Challenge.  Makers Mark if you couldn’t guess was one of the sponsors of the event and offered up a challenge to a number of the trucks to develop a recipe using Makers Mark.  I didn’t get to try each one, but I did get to try the winner and it was completely vegan to boot. 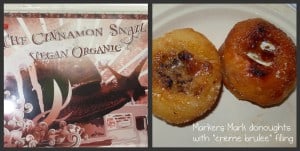 Now, for what you have all been patiently waiting for.  The people’s choice and Vendy cup awards.  The nominees are the same in both categories but the team of judges select the Vendy cup winner and obviously the attendees select the winner for the people’s choice.  The nominees were: Solber Pupusas; eggstravaganza; Chimichury el Malecon; Souvlaki GR; Tamales Guadalupe; Trini-Paki Boys Halal Food (they ended up no competing due to health issues); and Sam’s Falafel. 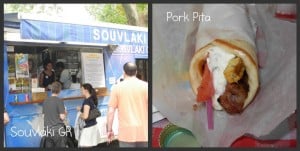 Souvlaki GR is keeping up the streak from last year, where they won Rookie of the year.

and now the winner of the Vendy Cup… 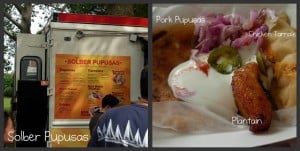 Finally, I’ll leave you with a collage of all the wonderful dishes that was served and I hope it convinces you to come out next year. 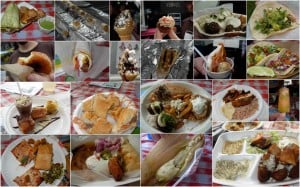