Duck fat is a glorious ingredient.  Wouldn’t you agree?  With just a little amount it adds so much flavor to whatever you are cooking.

After tonight, I have my own homemade ration of duck fat stored safely away in my refrigerator.

This was also my first attempt at making duck at home and I’m happy to say that it was easy and delicious.  I’m not sure why I never made it before, it was more something that I ordered out instead of cooking at home.  From now on though, I’ll be adding it my repertoire.  Of course the whole reason for trying it out, was because it was on sale this week through Fresh Direct.  I couldn’t see a reason not to try.

To prep the duck breast, dry completely with a paper towel and then with a pairing knife score the skin side in a cross hatch pattern down to the meat – but not cutting it. 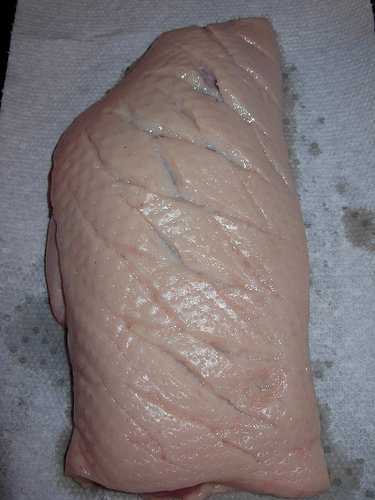 Season heavily with salt and pepper.

Place the duck breasts in a cold, dry cast iron pan and turn the heat to medium-high.  If you have a splatter screen, I highly recommend you use it.

After just a few minutes a few tablespoons of fat will have already rendered out. 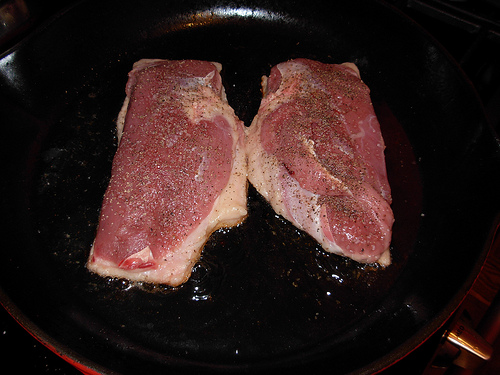 Cook for 10-12 minutes until completely crisp and browned, flip and cook for 4 more minutes.

Transfer to a plate and tent with foil. The duck should be a nice medium-rare.

The kitchen smelled too good, so somebody decided to come in and watch me cook. 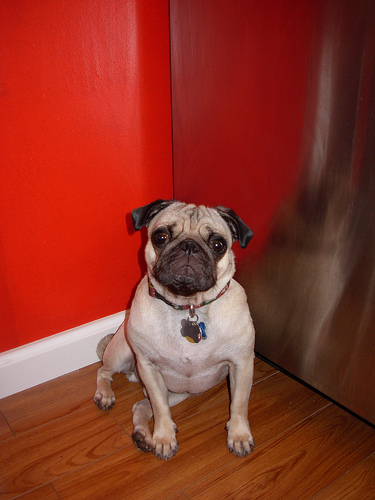 Okay back to the recipe.

Carefully pour the hot fat in a bowl and reserve for a later use.

While the duck is cooking, in a small bowl whisk together the honey, balsamic vinegar and cayenne pepper.  After the duck and fat has been removed from the pan, lower the heat to medium and add the mixture.  Stir and reduce by half. 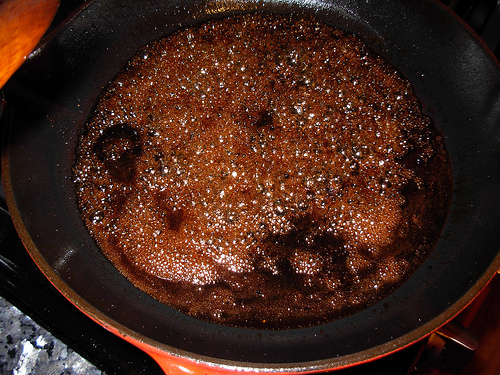 Slice the duck on a bias and drizzle the glaze over.  I served this with some duck fat potatoes.

To make the potatoes, I spooned out about two tablespoons worth of duck fat and drizzled it over some potatoes that I had started to roast in the oven. 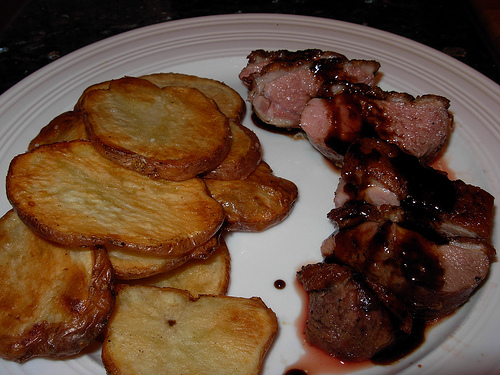